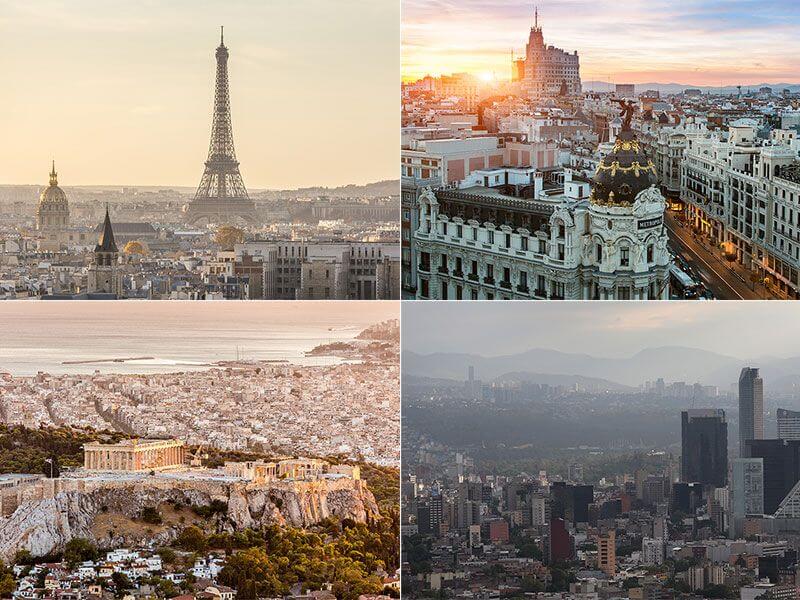 Four major cities around the world have said they will ban the use of all diesel-powered vehicles by the middle of the next decade in a bid to improve air quality.

The mayors of Paris, Mexico City, Madrid, and Athens have all said they will introduce incentive programmes for alternative vehicle use such as electric cars. They are also planning campaigns to promote walking and cycling in their cities.

The announcement was made in Mexico City at a biennial C40 Mayors Summit meeting of city leaders. The C40 Summit is a network of cities that are committed to addressing the issues of “climate change”.

Diesel fuel and emissions have come under increasing scrutiny in recent years, particularly in light of the recent rigging of diesel emission tests by German car-maker Volkswagen.

An increase in the use of Diesel cars began in Europe after the Kyoto Protocol climate change agreement in 1997. The protocol obliged most rich nations to reduce CO2 emissions and diesel fuel was seen as something that could help towards that.

The big German car makers such as BMW, Volkswagen, and Daimler made the case for greater use of diesel-fueled cars and they persuaded the European Commission that a switch to diesel would be a fast way to reduce carbon emissions.

It is true that diesel fuel is less harmful to the environment but it is far deadlier to humans. Diesel produces fewer emissions than petrol but emits four times more nitrogen dioxide pollution and 22 times more particulates. Particulates are the tiny particles that penetrate the lungs, heart, and brain.

As a result of the move towards diesel cars in the past, Irish drivers of diesel-powered cars enjoy cheaper road tax and fuel. This will change in the future

The tax policy which the Department of Transport enforce is based solely on CO2 emissions on cars less than eight years old and in Ireland, diesel vehicles now account for 71% of all new sales.

Previous Article: Faraday Future’s FF 91 is downright unbelievable
Next Article: Damaged and Crashed Car Report for the Month of May