Garda checkpoints at all Airports and Ferry Ports 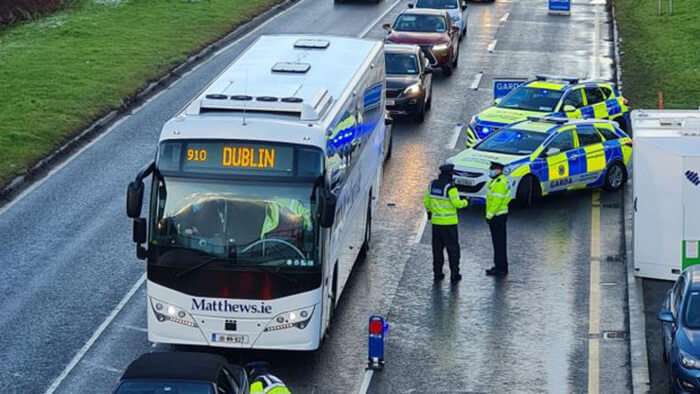 Gardaí are stopping cars going to and from Dublin Airport in a massive crackdown on travelling.

The public are being warned that they will receive on the spot fines for anyone taking non-essential flights or travelling on the ferries.

Checkpoints are set up within the Dublin Airport campus itself and also on the approach roads to and from the airport.

Their objective is to hinder and stamp out domestic travel with restrictions and fines are being put in place to accomplish this objective. 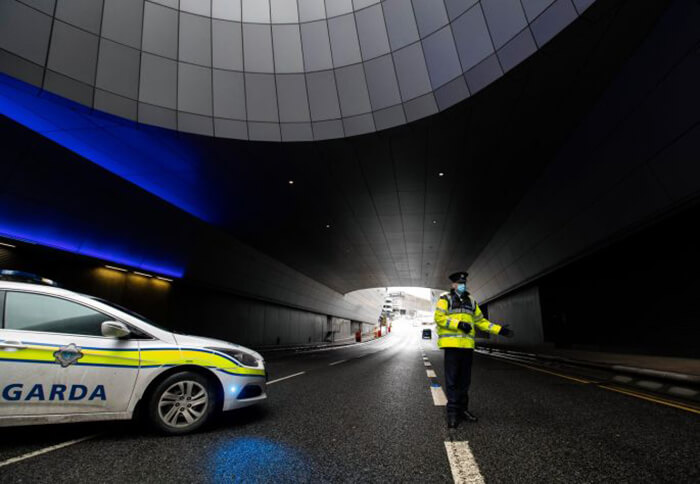 At the weekend, most vehicles were being stopped and drivers directed to pullover for enforcement and punitive actions against them, if they cannot prove why they are on the road.

One major checkpoint with large tailbacks was set up at the beginning of the M1 at the entry and exit of the port tunnel. These checkpoints were operating from 7am to 9pm.

Another smaller checkpoint was set up between Santry Stadium and Dublin Airport with the checkpoint alternating between both directions.

Media is reporting that many €100 on-the-spot fines were being handed out and to bring even tougher enforcement, this will now in some cases be €500 fines in a tough crackdown on people travelling. 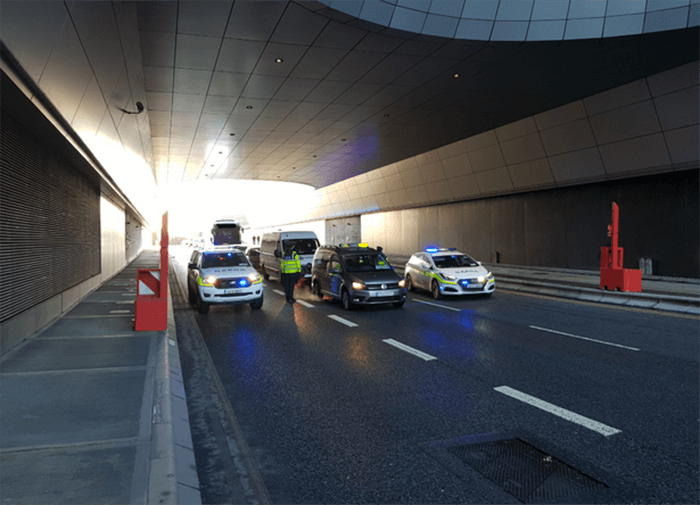 Gardaí were also carrying out checks at major train stations. Passengers in Heuston Station, Dublin, were being stopped before boarding their train and were asked the purpose of their journey.

One passenger said he had come from the airport and when he explained this to gardaí, he was asked to produce his boarding pass and proof his journey was for an essential purpose.

We will now see much higher levels of enforcement. As before it was taken against people making ‘non-essential’ journeys and who then refused to turn back home but things may be changing and motorists may face big on-the-spot fines.

In the first 12 days of the Garda operation, up to last Friday, almost 1,000 fines were handed out. 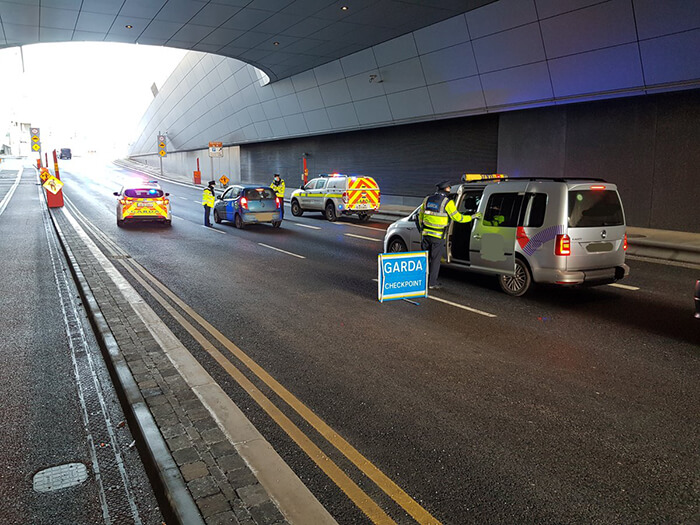 The Gardaí are viewing all non-essential travel as punishable by fine in the same way as that imposed upon those people who travel beyond 5km of their home.

Holidays abroad and international travel is deemed as not essential, and the Park is enforcing these restrictions under public health regulations.

From midnight last Friday all passengers arriving into Ireland, at ferry ports or airports, are required by law to have the results of a PCR test from the previous 72 hours showing they were free of Covid-19.

If you fail to produce proof of a negative test result this will come under a “penal” provision, meaning they will enforce law, which could result in a conviction in the courts,  and up to six months imprisonment and/or a fine of up to €2,500.