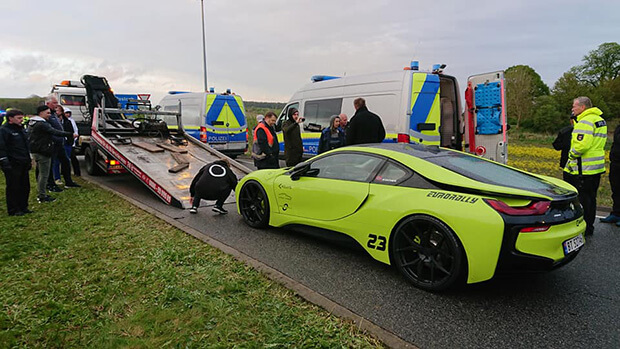 Police in Germany has seized 120 sports cars during the illegal Eurorally road race which takes place all over continental Europe.

The cars seized by the German cops included Lamborghinis, Porsches and Audis. The cars were stopped last Thursday on the A20 east of Wismar, in north-east Germany, on an autobahn without speed restrictions.

Other concerned motorists notified the authorities because many of the cars were whizzing by other cars at speeds in excess of 155mph. 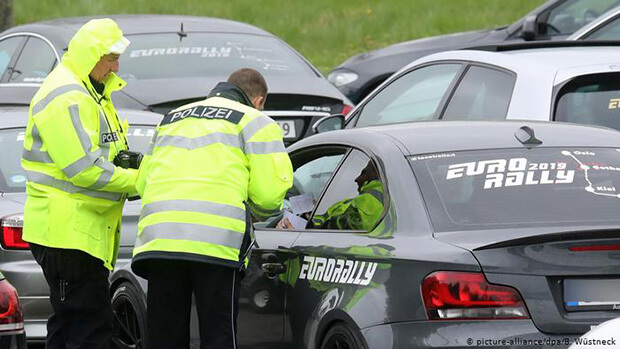 Most of the cars that were stopped had Norwegian licence plates and displayed windshield stickers with Eurorally on them so it was quite obvious what was going on.

To get into the event, you obviously have to have a nice sporty car and the race fee costs up to €799 to enter according to the website.

The illegal street race, has four legs, starting in Oslo and ending up in Prague but most of them got caught during the second leg, on Thursday, took drivers from Kiel in Germany to Szczecin in Poland.

The Eurorally website terms claim that their race is “not a competition” but merely a “holiday planner for car enthusiasts”.

“We aim to give you a once-in-a-lifetime experience holiday consisting of great events taking place in multiple countries along the route,”

“There will be parties at each destination, and at the final destination in Prague we will be hosting a farewell party where participants will be given awards in various categories.” 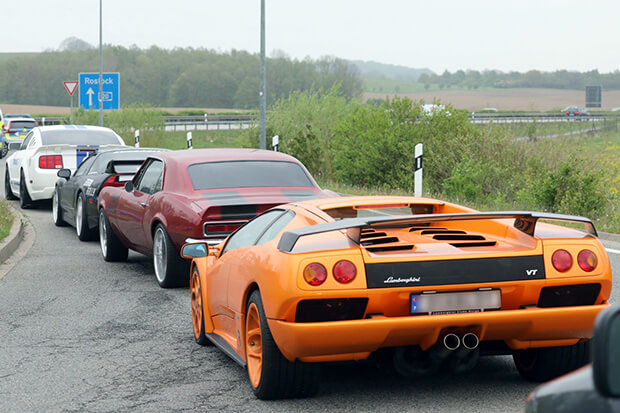 To the German federal police, the event is an obvious road race and therefore they are investigating if it is in fact illegal?

Police set up stationary and mobile checkpoints along the rally’s planned route to watch for incidents of street racing, and also patrolled the roadway with a pair of helicopters. A police spokesman said,  “A continuation [of the race] has definitely been stopped.”

Two other suspected races were also stopped last week in the west German cities of Duisburg and Krefeld. For example, two 22-year-old drivers had their licences confiscated in Duisburg after they were caught speeding through the streets at 80mph. 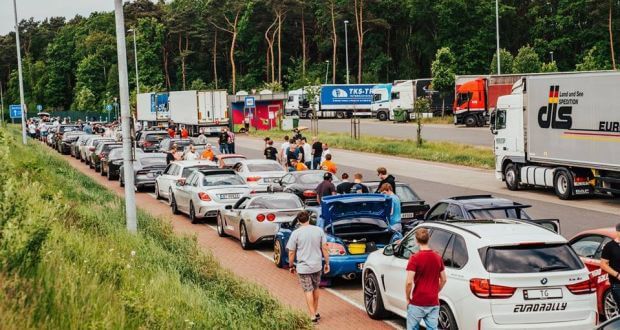