Self-driving cars on German roads as early as next year 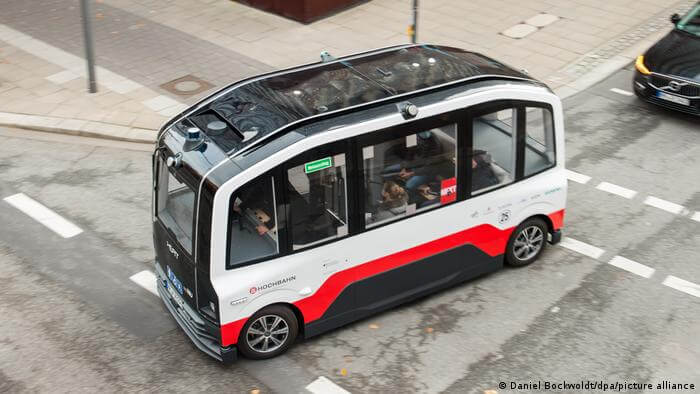 German regulators have given the go-ahead for self-driving autonomous cars on their roads in 2022. There have already been small test projects going on in Hamburg and Berlin.

Germany’s lower house of parliament approved the new self-driving rules for self-driving cars. The legislation is now prepared to pass on to the upper chamber or parliament at the Bundesrat.

Once this parliamentary process and approval takes effect,  it will be the first time in the world that a legal framework is introduced by a government for the integration of autonomous self-driving vehicles into regular traffic.

This will call for changes to current traffic regulations allowing self-drive vehicles regular access to the German road network.

The legislation will be applied to fully autonomous systems falling  under the "Level 4" classification. This is where a computer will have complete control of the car and no human driver is needed to control or monitor it.

This, in effect means the new laws will not require a human driver to even be on standby when in a level-4 vehicle. The German Ministry of transport said:

"Individual permits, exceptions and requirements — such as the presence of a safety assurance driver who is always ready to intervene — would not be necessary,"

Up until now, autonomous vehicles required special permits, and the vehicles allowed autonomous movement were largely confined to "People Movers" in commercial areas and industrial estates.

From 2022, driverless shuttle busses can start operating on set routes. Autonomous transportation vehicles, also known as "dual-mode vehicles" will be permitted to operate for the transportation of goods. They have also suggested that the legislation could be used for automated valet parking as well.

Self-driving cars will also be permitted for the general public in regular traffic, but the experts estimate that it will take years before the vehicles become established in the market.

It is hoped that autonomous vehicles will help to reduce the rate of fatal traffic accidents. The German Transportation Minister,  Andreas Scheuer praised the bill and has urged for it to be put into action as soon as possible. He said:

"Germany will be the first country worldwide to take autonomous vehicles from the research laboratories to the streets," he said in a statement. "We are now a major step closer to that goal."

Previous Article: UK and Northern Ireland vehicle imports
Next Article: Checklist That You Need to Keep Handy During a VRT Check