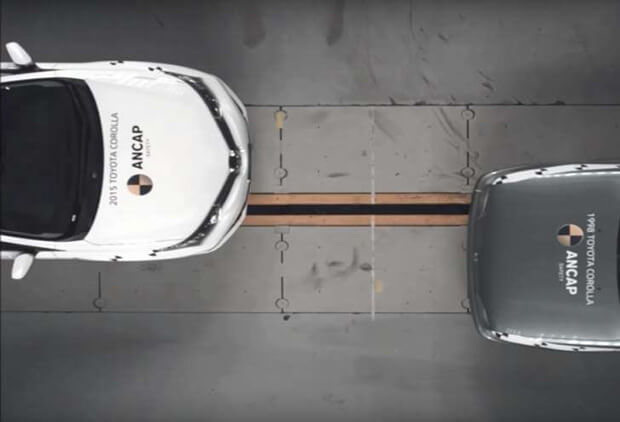 There’s no doubt about it, cars are getting a lot safer and when one compares the cars of today with the cars of yesteryear you will really see the difference.

Australia and New Zealand’s car safety advocate created a shocking test that demonstrates just how unsafe older cars really are compared to the modern cars and all the new safety features.

Both vehicles were collided at 64 km/h and filmed in slow-motion.

Just look at the shocking results of this dramatic collision test.

Car design has had incredible progress in the past couple of decades and manufacturers have made great strides in introducing many new safety features into modern cars.

ANCAP reports that while older vehicles (cars made before 2000) account for just 20% of the cars on the road in Australia, they are involved in 33% of accidents.

“It is concerning the rate of fatal crashes is four times higher for older vehicles than for new vehicles.” said ANCAP Chief Executive Officer, James Goodwin.

“We’ve been tracking the average age of a vehicle involved in a fatal crash, and in just one year we’ve seen that average increase from 12.5 years to 12.9 years. This highlights the need for a renewed national focus and greater support for safer vehicles,” 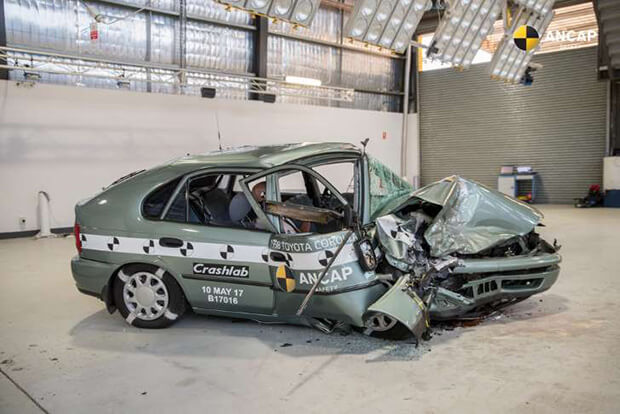 While the crash itself is shocking to watch, the aftermath goes to prove how different both cars are and that the modern vehicle is far safer in a collision.

The 2015 Corolla model received a five star rating of 12.93 out of a possible 16 with the car’s structural integrity seemingly remaining completely intact.

The 1998 Corolla model had “catastrophic structural failure” with the crash-test-dummy at extremely an high risk of a serious head injury which, if it was a real person inside this car they would most likely have been killed.

It should come as no surprise then that the 1998 Corolla received a safety rating of zero, or 0.43 out of a possible 16.

“The outcomes of this test are stark and the automotive, finance and insurance industries can play a part to assist in encouraging people into newer, safer cars.” 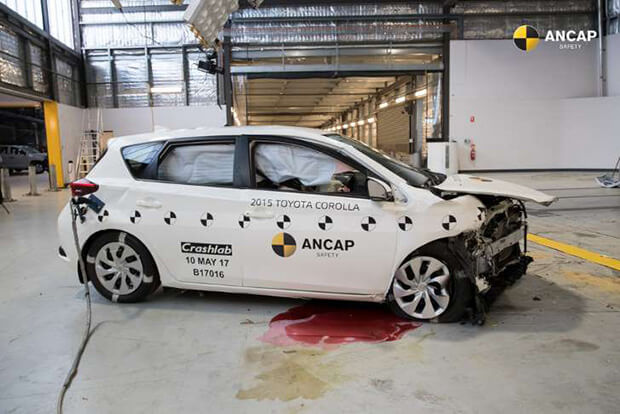 Previous Article: An Garda Síochána Twitter Account - Comical Tweets from the Boys & Girls in Blue!
Next Article: Ireland could have free public transport by 2030