Have You Applied For Your Irish Border-Crossing Green Card 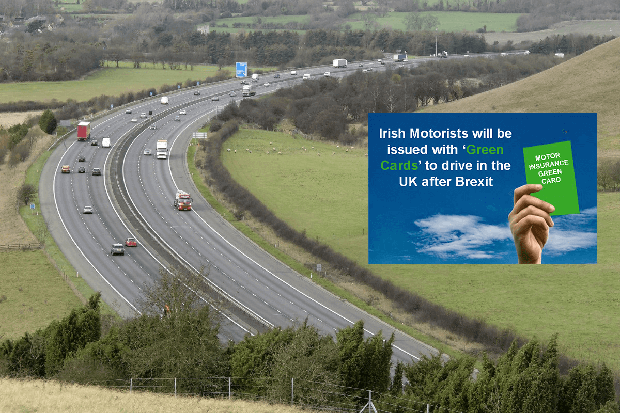 According to the insurance industry and media, drivers crossing from the Republic of Ireland into Northern Ireland must have the correct green-card documentation or risk being fined.

According to the Insurance industry here, Motorists who plan to cross the Irish border from the Republic will have to start applying for a so-called insurance ‘Green Card’ before the end of March.

The Motor Insurers’ Bureau of Ireland (MIBI) has issued about one million ‘Green Card’ forms to all insurers.

These forms have been issued to insurers, as well as in electronic application template format in the event that a no-deal Brexit happens.

The figure was revealed at a special briefing organised for members of the Oireachtas on the issue.

The MIBI also advised that motorists who plan to drive across the border into Northern Ireland or anywhere else in the UK immediately after Brexit should begin applying for their Green Cards this week.

Those who plan on travelling into the United Kingdom after that period should contact their insurance companies and insurance brokers one month in advance of their expected travel date.

Previous Article: Uk car exports to China have plummeted by a whopping 72 percent
Next Article: Almost 50,000 new cars were sold in the first month of 2021