Car News /  Legislation /  How does the Finance Bill 2018 affect motoring in Ireland? 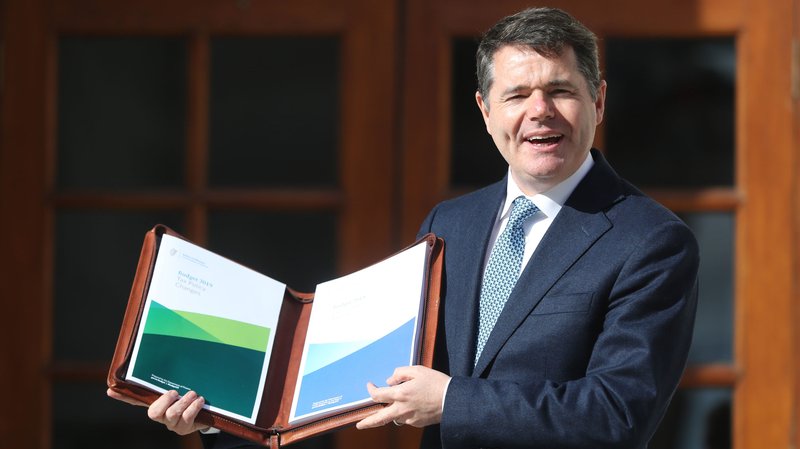 Following the budget a couple of weeks ago, the first draft of the Finance Bill 2018 has just been issued.

This draft bill confirms some of the main points the Minister outlined in the budget speech pertaining to the motor industry.

During his speech on 9th October, Paschal Donhoe outlined that there would be a 1% VRT surcharge on Diesel vehicles, the cap of €50,000 for 0% BIK (Benefit In Kind) on electric vehicles, the extension of the Electric Vehicle BIK concession for another 3  years, and the extension of VRT Hybrid Reliefs until the end of 2019.

It also includes detail on the VAV Leasing Case and the detail of how that will be implemented and outlines the removal of the VAT element of VRT repayment for leased vehicles from April 1st 2019.

The Dutch VAV case found that VRT charged upfront should be proportionate to the duration of the lease. At the moment in Ireland, VRT is based on the ‘Open Market Selling Price’ (OMSP) of the vehicle, which is calculated by reference to a broad range of factors including the age, mileage and general condition of the vehicle. Introducing a system whereby VRT is charged based on the length of use of the vehicle would be incompatible with OMSP, and accordingly would require significant re-arrangement of the VRT system.

In January 2011 the European Commission began infringement proceedings against Ireland based on the perception that, by not providing a refund of VRT on vehicles exported from the State, Ireland’s rules around VRT infringed the freedom to provide services in relation to motor vehicle rental and leasing services.

What the draft bill memo contains

According to the draft, section 9 amends sections 121 and 121A of the Taxes Consolidation Act 1997. This section makes provision for the application of Benefit-in-kind to employer-provided cars and vans respectively. The amendment contained in the draft extends the exemption for electric vehicles, which is due to expire at the end of 2018, until 31 December 2021. It also applies a cap of €50,000 on this exemption such that an electric vehicle with an original market value exceeding €50,000 will be subject to Benefit-in-kind at standard rates on the amount in excess of €50,000.

Section 36 is an amendment of section 134 of the Finance Act 1992 by ceasing to make repayments of the Value-Added Tax element of the vehicle registration tax on any cars registered after 1 January 2019, and by ceasing the repayment altogether from 1 April 2019.

The definition of CO2 emissions is also amended in the draft. This is to coincide with the introduction of new emission measurement systems coming into force. The section also includes a definition of heavy oil and propellant to facilitate the separation of diesel vehicles for charging purposes.

Section 35 is an amendment to section 132 which provides for an increase on diesel passenger cars and light “commercials” that are in VRT Category A which applies for a 1 Per cent increase on each of the CO2 bands that are currently applied. Vehicles other than diesel remain at the lower rate. This section also provides that diesel hybrid electric and plug-in hybrids are retained in the lower CO2 bands. The changes refer to the VRT rates for Diesel cars (including the new 1% surcharge) but it should be noted that the VRT rates for non-Diesel cars have not changed from the current rates and so remain the same.

Section 37 amends section 135C which provides for the extension of VRT relief for Hybrid Electric vehicles until 31 December 2019. The section also provides a reference amendment to ensure that vehicles are eligible for the remission or repayment.

Section 38 is an amendment of section 135D. This extends the export repayment scheme from EU category M1 vehicles (passenger cars only) to all vehicles registered as Category A vehicles (that is, including EU category N1 “light commercial” vehicles).

Section 39 introduces the provision for proportionate payments of VRT in the case where a vehicle has been leased in another Member State and which is then brought into the State for the duration of that lease and is then exported back out of the State. The scheme is limited to passenger cars and light commercials that have been charged at the category A rate which have not been registered in the State. These particular vehicles would be subject to a lease of between a minimum of 1 and a maximum of 48 months. The situation may occur that a company resident in another member State could lease a vehicle and then export it to Ireland for the period of the lease. At the end of the lease, there is an obligation to remove the vehicle from the State following the expiry of the lease. If the vehicle is not removed the balance of the VRT will be collected along with an interest charge of approximately 10 Per cent per annum.

Previous Article: Tesla cars get a big update
Next Article: Why you shouldn't trust a car history check from a used car website that is advertising the vehicle for sale