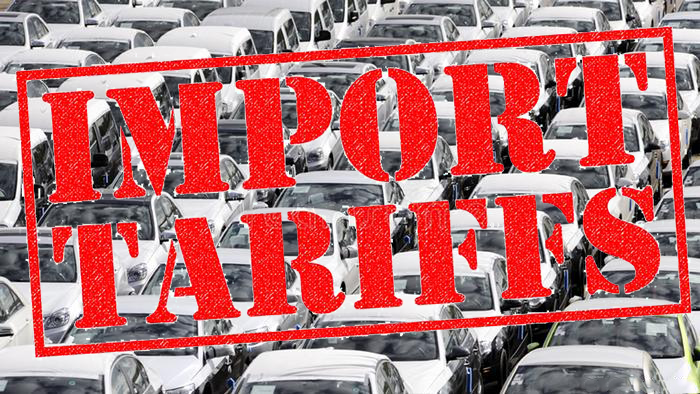 Since January 1, importing a used car from Britain has become much more complicated and also expensive to boot. Traditionally, many Irish car buyers could have saved as much as €10,000 when shopping for a car in the UK.

By shopping around in the UK for a car, you could get a great bargain on a higher-spec vehicle with lots of extras, such as sat nav, better trim, heated seats etc. compared to what you can get here for a much higher price.

Prior to January 1, if you imported a vehicle from Britain, you did not have to pay Vat unless the car was less than six months old, or there was less than 6,000km on the clock, but this has all changed. There were also no customs import duty tariffs payable once it was brought in.

The rate of tariff or customs duty which is now applied to the majority of cars imported into Ireland (IE) from Great Britain (GB) depends on the commodity or classification code of the vehicle. In general terms, the tariff on a vehicle from a third country is 10%.

Even when paying the vehicle registration tax (VRT) after bringing it in, the savings before January 1 were still in the thousands for most motorists.

The EU-UK Trade Agreement allows for what is termed as a preferential tariff rate of 0% customs duty for goods and cars being imported from Great Britain to Ireland, where those cars were manufactured in Britain and are classed as having a UK origin. If a vehicle’s origin is not the UK, then you cannot claim a 0% customs duty preferential rate.

Revenue has stated that importation of vehicles from Great Britain are now treated as being imported from a third country or outside of the EU. That means you must now complete a customs declaration, account for customs duty if applicable, and have paid Vat prior to presenting the vehicle for registration.

It may be possible to claim RGR (Returned Goods Relief) from Customs Duty if you import a vehicle from Great Britain (GB) into Ireland and where those cars were previously imported into GB from another EU country.

One of the conditions for claiming RGR is that the vehicle must be re-imported into the EU (IE) within three years of the date that it was exported from the original EU State. In this instance, the date of export is relevant and not the date of registration.

In order to claim relief from the import VAT, the vehicle must be re-imported by the same operator that originally exported the vehicle from the original EU State.

Revenue has warned potential UK used car buyers that the relatively simple and straightforward process that was in place before January 1, 2021 is now far more complicated.

Previously, when someone bought a car in from the UK, they received a form from the UK dealer that the vehicle was being exported out of the United Kingdom and then the Irish buyer could simply process this through the VRT office, once the vehicle had landed here in Ireland.

Now, since Brexit with the UK leaving the European Union, things have not only become more complex but also, potentially, much more expensive. Revenue has stated:

"Very significant changes take effect if you import a used car into the State from the UK, in that possible increased costs due to customs duty and Vat may arise,"

"If you are an individual or a business and you import vehicles from Britain, you are required to complete a customs declaration; pay or account for customs duty of 10% if applicable; and pay Vat at 23% prior to presenting the vehicle for registration. As is the case at present, VRT is also payable on such vehicles,"

For all importations from both Great Britain and Northern Ireland an electronic customs declaration will be required in advance of the vehicle arriving in the State.

Under Brexit, the United Kingdom was under the transition process for a period of 3 years.

In order for a vehicle to be eligible for the RGR (Returned Goods Relief):

Where requested, the documentary proof should be presented to Customs at importation. It should also be noted that the VIN can only be used as proof where the 4th - 9th characters of the alphanumeric Vehicle Identification number provide the codes for the description of the vehicle. The 10th character on the VIN identifying the year the car was manufactured and the 11th character identifying the factory of manufacture. When showing the VIN, the importer should be in a position to make the manufacturers’ codes available to Revenue.

Previous Article: Germany will have self-driving cars on the roads in 2022
Next Article: Are you entitled to a Motor Tax refund?