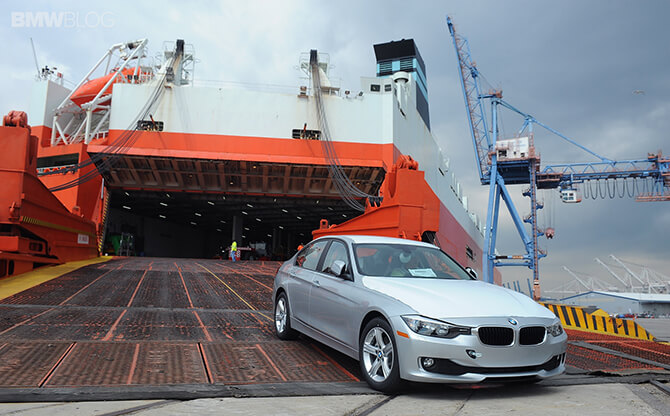 Importing a vehicle from the UK and Northern Ireland

Are you importing a vehicle from the UK? If so, you may have questions regarding Brexit and vehicle imports.

The changes in vehicle registration tax (“VRT”) and motor tax and fuel are part of the Government’s Climate Action commitments and each aims to incentivise motorists to move away from higher polluting vehicles.

VRT, NOx charges and the implications of Customs and Excise under the new arrangement?

The following is a general overview of some of the changes that may be implemented from January 1 2021.

Please note: This is not an official source but just for general informational purposes. You must satisfy yourself that you have done all your own research and accessed official Revenue.ie and VRT sources for further information. Thank you.

Four main areas that will affect motorists from January 1st 2021

Changes to VRT Rates from 1 January 2021 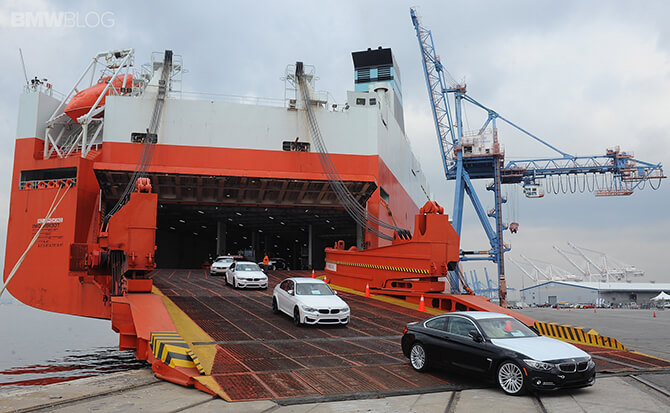 Vehicle Registration Tax rates will change from 1 January 2021 and is subject to the Finance Bill 2020. This newly introduced Bill has been entitled in part as an “Act to provide for the imposition, repeal, remission, alteration and regulation of taxation, of stamp duties and of duties relating to excise and otherwise to make further provision in connection with finance including the regulation of customs…”

The CO2 tax is calculated based on WLTP CO2 data for new Category A vehicles (passenger cars and SUVs) and vehicles which have been previously registered using WLTP CO2 data.

Many vehicles may have previously been registered based on the old NEDC figures and so to compensate for the newer WLTP data Revenue will apply the following formula which is used to calculate a CO2 figure and to assign a CO2 tax band:

How are we to understand this new formula?

Up until recently, all vehicles were tested for CO2 with the now discredited New European Driving Cycle (NEDC) Test.

Since the Voldwagen emissions scandal back in 2015, there is now a transition away from the NEDC test to the new Worldwide Harmonised Light Vehicle Test Procedure (WLTP)

All vehicles manufactured before September 2018 were subject to the NEDC test and all vehicles produced since then have been tested under the WLTP.

To bring all these used vehicles in line with new cars, the above formula is now applied to all the pre-September 2018 vehicles. It is necessary to implement this calculation to bring older vehicles into line with the new test.

Based on EU methodology, the line equations act as multipliers which raise NEDC CO2 values to be equivalent with WLTP. The new equations show that diesel engines have a lower overall CO2 level than petrol engines.

The Table below shows the VRT rates which will apply from 1 January 2021 to vehicles based on the WLTP CO2 or the calculated CO2.

Nox Charge and proposed new Category A rates in 2021

Nitrogen Oxide (NOx) emissions will be taxable beginning on 1 January 2020 for all Category A vehicles including hybrids but excluding electric cars.

The NOx charge will be a component of vehicle registration tax as outlined below. NOx is measured in milligrams per kilometre (mg/km) as recorded on the Certificate of Conformity and in the case of UK imports, the V5C document.

Some foreign registration certificates may show the NOx figure as grams per kilometre. This does not have any effect on the tax due as Revenue will convert this to milligrams during the registration process. In the case of heavy duty vehicles this will be milligrams per kilowatt hour.

There are also changes to the NOx calculation as below.

If you cannot give satisfactory evidence of NOx emissions to the VRT office, the following maximum charges will apply:

Examples of the VRT calculations

To assist businesses in preparing for Brexit the following presentation video has been prepared by Revenue which describes the process of importing and exporting vehicles from and to the UK, including NI. It also covers importing or exporting vehicles to other EU Member States through the UK landbridge.

Vehicles currently in the State

These will be unregistered vehicles that private individuals own or are held in stock by TAN holders. When you register these vehicles, the important thing is to have an invoice proving that the car was in the State before Brexit occurred. If you are a TAN holder and you have stock from 2020, you can continue to hold this stock and you don’t need to worry about registering the vehicle before Brexit. You must be able to prove that the vehicle was in the State prior to Brexit.

Vehicles declared to Customs at a Port of Entry

These are vehicles that come in from Great Britain into one of our ports. In this scenario, a Customs Declaration has to be filed, which means the VIN is stored on the Revenues system. When registering the vehicle at the VRT Office at an NCT Centre, the VIN will be checked against the Revenue’s systems. If the VIN is on the Customs Declaration and it is visible to the VRT office, you will be able to register your vehicle as normal.

Vehicles declared after entry to the State

These are vehicles that weren’t reported at the port of entry but were declared at a later date, it is the same scenario as the previous, the VIN will be on Revenue’s systems and when you present at a centre for registration, the vehicle can be registered as normal against the Customs Declaration.

Generally, vehicles entering the State from Northern Ireland after Brexit these will be treated as Intra-Community Acquisitions and they can be registered as normal at the VRT office located at the NCT centres. In some circumstances though, a Customs Declaration may be required if the vehicle was imported into Northern Ireland after Brexit. In this scenario, you will have to present that copy of the Customs Declaration to the VRT office

Vehicles that are in dealers stock in Northern Ireland

These are vehicles that you may have purchased in Northern Ireland which has been in the dealers stock. You will need to have proof that they held this stock in trade prior to Brexit occurring. This can be in the form of an invoice or a declaration from the manufacturer declaring that fact. These will all be presented to the centre when registering a vehicle in this scenario.

New vehicles manufactured in the UK

These are vehicles manufactured in the United Kingdom. The significance of this is related to the Type Approvals of the vehicles. The E11 Code which is for the UK is no longer valid as the UK is leaving the EU. In this circumstance a Certificate of Conformity (CoC) which is required to be presented for all new vehicles. Those E11 CoC’s will no longer be accepted by Revenue.

This is a matter that has to be addressed with the National Standards Authority of Ireland if you have any queries, as the are the competent authority in the State for Type Approvals. Most of these vehicles have already changed their type approvals, however if you are looking to purchase a vehicle after Brexit that has an E11 Type Approval Code, this is something that you have to address with the NSAI. In this scenario, these will not be registered by Revenue after January 1 2020.

There may be other scenarios that could develop but you must satisfy yourself that you are compliant with any new changes resulting from Brexit.

If you have a specific query in relation to Brexit and customs matters, you can submit these by email to brexitqueries@revenue.ie with the relevant details.

Imports declared to Customs before VRT?

From January 1st 2021, imports (apart from NI) from mainland UK should be declared to customs before you have the vehicle registered with the VRT registration office located at the NCT centres.

You will no longer simply just hop over the border to Northern Ireland and drive it back or go to the UK mainland and bring a car in. You must clear Customs and Excise first.

The new customs and trade issues are likely to be very challenging for car dealers and individuals importing a vehicle from Northern Ireland or the rest of the UK.

For most, this will be your first time dealing with a Customs and Excise Trade regime. This will be on top of the VRT importation procedure and charges. 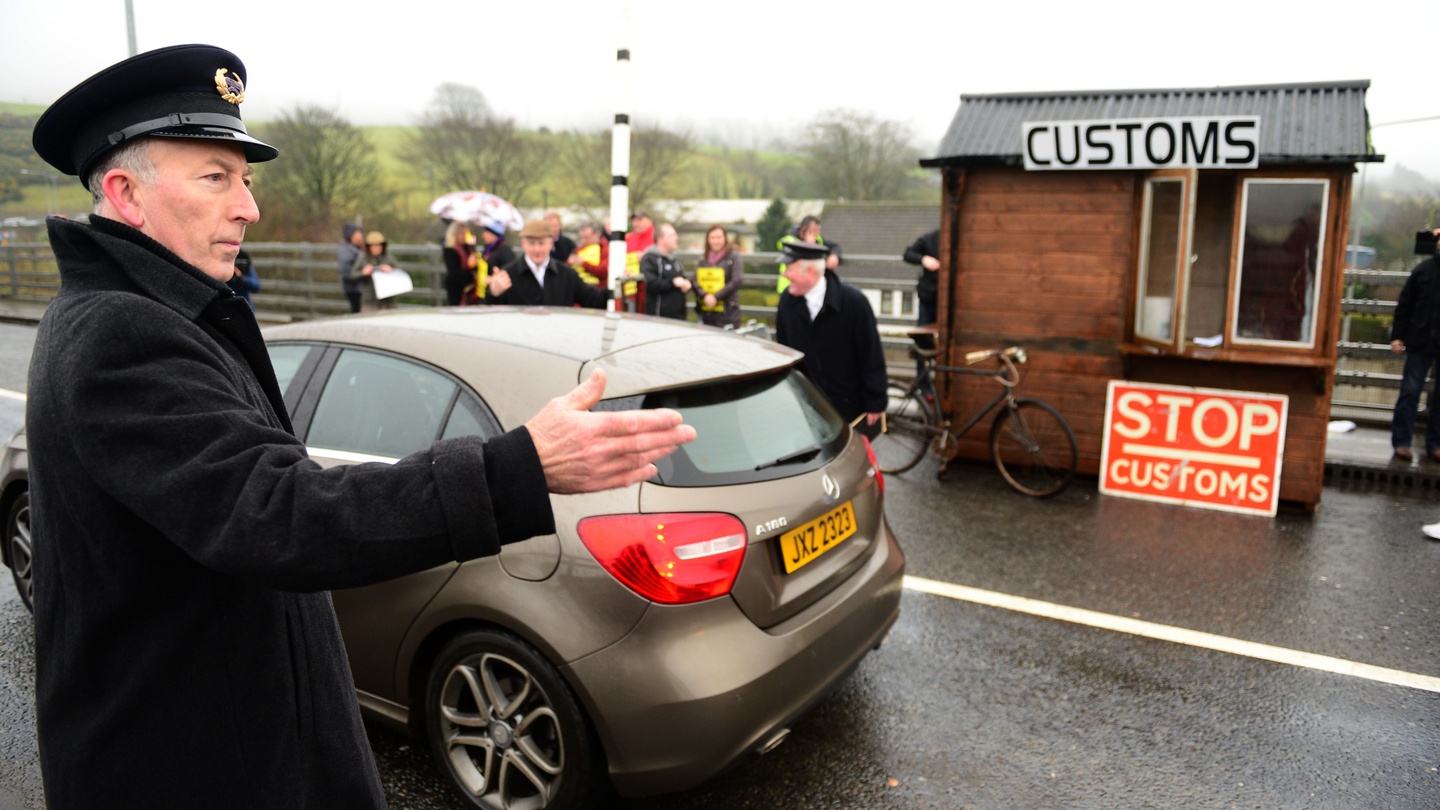 Rates of duty vary according to types of goods and their classification and under the new Brexit laws, cars coming from the UK (outside the EU) are also subject to customs.

Understanding how these customs charges and taxes affect your operations is paramount. Unlike VAT, Customs or Excise Duty is not recoverable. This will mean direct, and often substantial cost to your business.

From 1 January 2021 there will be three Motor Tax tables in operation:

There are extra CO2 bands in table 3 to

(a) make the aligning of WLTP and NEDC equivalents more workable, and

The rates for the bands in the WLTP table are aligned as closely as possible to their equivalent in the NEDC table of which the majority of cars fall.

For example, a WLTP-tested car with CO2 110 g/km is roughly equivalent to 90 g/km under the NEDC test. Therefore an NEDC-tested car having 90g/km, and a WLTP tested car producing 110g/km, would pay the same €180.

Where there are divergences, for the most part they are likely to be of the order of €10 per annum (the rates gap between a single CO2 band where most of the volume lies).

Cars which are first registered in the Republic up to the end of 2020, or even from January 2021 which only have the old NEDC figure, will be subject to the current NEDC motor tax table, with some minor adjustments as follows:

Pre-2008 registered cars, which do not have CO2 emissions information, will continue to be taxed according to their engine size based on existing rates.

The Basis of Assessment (BOA) is the vehicle detail which facilitates the calculation of the appropriate motor tax fee, e.g. engine capacity or CO2 emissions for private cars, weight for goods vehicles. The three motor tax tables are as follows:

Vehicles taxed on CO2 Emissions Bands C to G inclusive in the Private Car CO2 link below), and whose tax disc commences from 1 January 2021 are subject to a motor tax rate increase.

If your vehicle is taxed on one of those CO2 bands, you are advised to check your motor tax renewal notice issued in December 2020 to ascertain the correct rate. For all other vehicles, the rates displayed are applicable

The Basis of Assessment (BOA) in the following table is based on CO2 Emissions and calculated by ENGINE CC.

Previous Article: Toyota recall amid fears of faulty brakes
Next Article: Oireachtas hears why cars should be parked away from residences to discourage driving