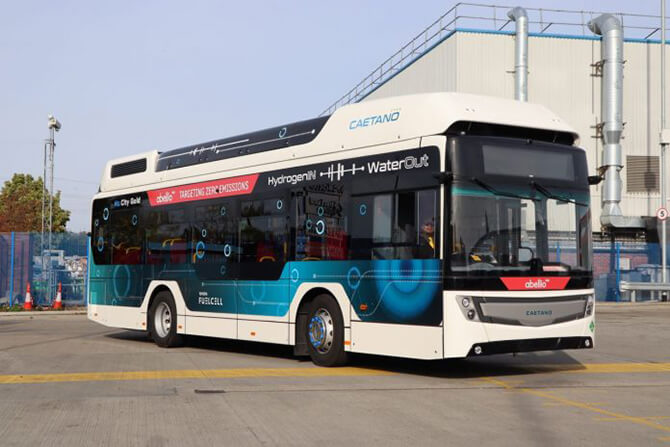 Hydrogen Mobility Ireland has launched an eight week trial of a zero-emission hydrogen buses in Dublin.

Eamon Ryan TD, the Minister for Climate Action, Communication Networks and Transport has welcomed the trial which will see Ireland’s first Hydrogen bus operating across various routes in Dublin.

“Hydrogen Mobility Ireland was formed last year by a group of activist companies that want to move forward with the introduction of fuel cell transport here.

“This eight-week trial marks the start of that new phase and we intend to launch the first hydrogen refuelling stations, and hydrogen powered vehicles for sale, during 2023. We see hydrogen fuel cell transport as being critical to delivering on the targets in the government’s 2019 Climate Action Plan and have, since the beginning, been working closely with the Department of Transport and other government stakeholders on its introduction.” 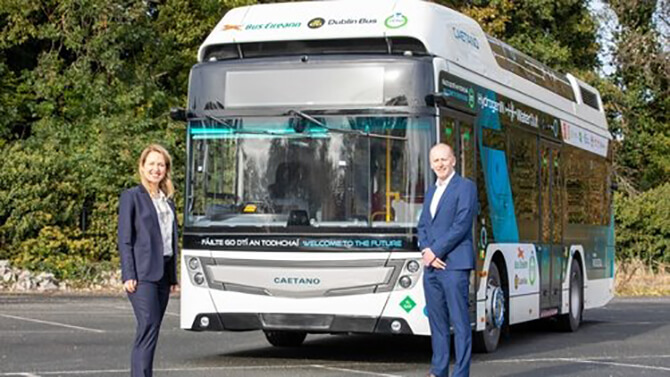 The CIÉ Group, which is the biggest transport provider in Ireland has provided for the rollout of the Hydrogen transport on Bus Éireann, Dublin Bus, as well as by Dublin City University (DCU) and Dublin Airport over a number of the coming weeks in November and December.

For the time being, there will be just a limited number of passengers on the buses due to the restrictions surrounding Covid-19.

The Minister for Climate Action, Eamon Ryan TD promised significant progress in the hydrogen bus scheme in the near future, saying:

“Moving our urban bus fleet to cleaner and greener technologies is essential if we are to further reduce the carbon footprint of our public transport system and limit air pollutant emissions in our cities.

“Under the National Development Plan, Ireland is committed to stop buying diesel-only urban buses and to transition to lower-emission alternatives.” 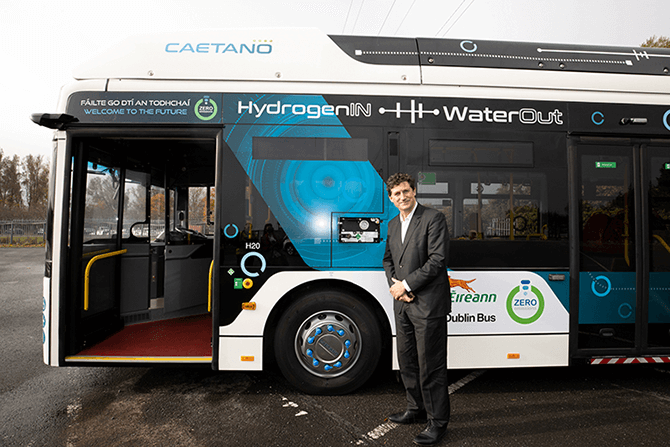 The Irish Government says that the results of the trial will form part of the decision making process for the transitioning of the public transport fleet across to more sustainable fuels and technologies.

This trial is a follow up to the 2019 Low Emissions Bus trial in which a number of different fuel types and technologies (Electric, hybrid, gas and retro-fitted buses) were tried on bus routes in Dublin and Cork.

The buses were assessed under a range of conditions and criteria, including emission levels, energy efficiency, costs and various infrastructural requirements. At the time of trial last year, there were no Hydrogen buses available to take part in the trial.

Previous Article: Cars may actually prove to be more important post covid
Next Article: Damaged and Crashed Car Report for the Month of May