Could Ireland get free public transport? 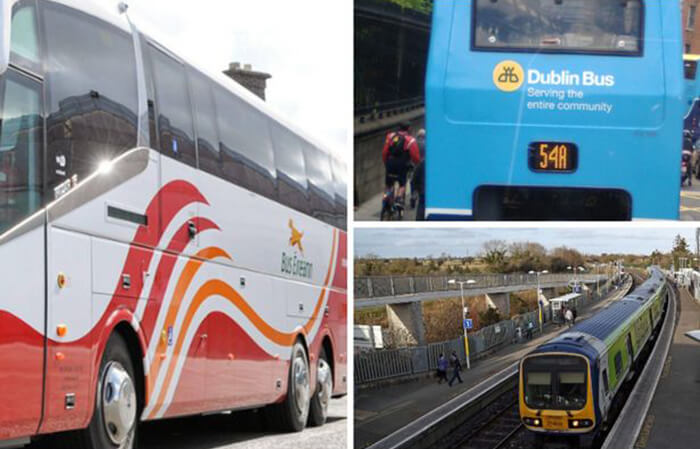 A new Oireachtas committee report recommends that to reduce emissions, transport should be free.

The report was published this month by the Joint Committee on Environment and Climate Action. Their goal is to reduce emissions by 51% by 2030 and have zero emissions by 2050

Some of the other recommendations include, road use charges for drivers and car capacity limits in cities.

We are told in the report that Ireland has the fourth highest levels of transport emissions per capita in Europe and that the transport sector is responsible for almost 20% of the total carbon emissions for Ireland with private cars, being blamed for the largest contribution to carbon emissions.

They also project that due to population and employment growth in the Greater Dublin area will result in a 28.5 per cent increase in the number of journeys by 2035, leading to a surge in emissions unless action is taken urgently.

The committee believes that the answer to all this is to encourage drivers to take public transport,and if this is free, it would be a good incentive.

Most drivers will tell you, though, that they prefer using their own transport, rather than hanging about at bus stops or train stations in inclement weather. Convenience is not solved by a free bus trip after a mile walk to the nearest stop and then another nuisance walk after you get off.

The committee recommends that the free public transport system be costed as an option for encouraging its uptake in Ireland. The reality is, though, that nothing is free in this world and they will take it in taxes to pay for the inconvenience of reducing carbon emissions. In the main, free transport suits mostly those who already use public transport and who may not have cars.

The Committee is recommending that the Government consider the “benefits and feasibility” of providing free public transport, based on similar policies in other cities in Europe.

There is certainly an issue with public transport in this country for all those who live outside of the big towns and cities, but adding this infrastructure should not be at the cost of those who choose or prefer to have their own transport.

It is true that there has been heavy development of the road and motorway network over the past few decades, and so there is a significant need to add to these sustainable alternatives for those who need it.

In order to discourage the use of cars, it is proposed that bus and rail networks could be expanded to have more frequent services and also be free to the public even if the demand is not there.

They are looking at other ways to get people out of their own transportation. Road user charges will be introduced, road capacity restrictions and an overhaul of road construction is recommended.

The committee also wants all future road construction projects analysed to see if “such substantial investment” is better allocated to other sustainable projects such as transport and the establishment of remote-working hubs in towns and villages reducing the need for many workers to commute long distances each day.

The report recommends sustainable transport links to the remote-working hubs, particularly in less densely populated areas, be considered and that a national target for remote working be introduced.

The need for car ownership could also be reduced with a fleet of “sharing” vehicles such as cars, e-scooters and e-bikes, according to the Committee.

It recommends the transitioning to fully electric, zero-emission electric vehicles (EV), a shift towards walking and cycling, saying “safety and comfort” will be key factors in achieving this.

The irish government is committed to their Climate Action Plan which is a roadmap to a climate neutral Ireland by 2050. In all, this plan sets out 183 actions that could be adopted to tackle the climate crisis across all sectors.

The Climate Action and Low Carbon Development (Amendment) Bill 2021 was published in March 2021. This Bill makes the Government legally accountable for the target of reaching zero emissions by 2050.

Previous Article: Car sales in Ireland down by almost 20% compared to pre-Covid levels
Next Article: Ireland’s EV charging infrastructure is one of the worst in Europe