Irish EV Sports Car To Be Released in 2021 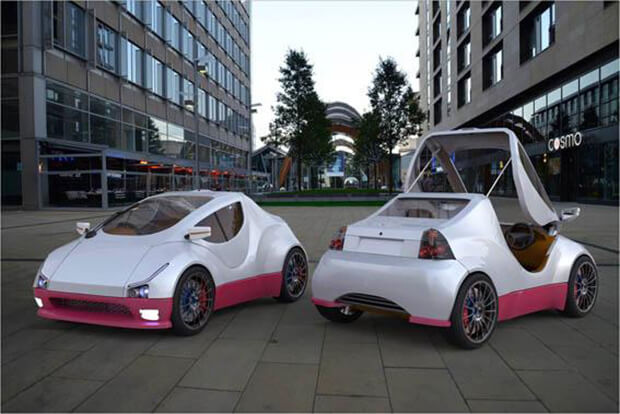 A new concept electric sports car is set for release in 2021. The hand-built Irish EV, the Spika (formerly, the Alex eRoadster) was unveiled at the Energy Show in the RDS (Royal Dublin Society) at the weekend (March 27-28, 2019)

The ultra-lightweight, two-seat, high-performance prototype EV attracted huge public and media attention. The creators are hoping to introduce this car into the premium car market, specifically aiming for the mid-range sports car market.

This high-performance semi-sports car is built for speed and fun, but it is also planned for it to be a functional long-range form of transport and the creators have specifically designed it to dispel many of the preconceptions we have about electric cars.

The body will be composed of lightweight composite materials such as carbon fibre and GFRP (Glass Fibre Reinforced Polymer) which is the staple material used in the manufacturing and construction industry. 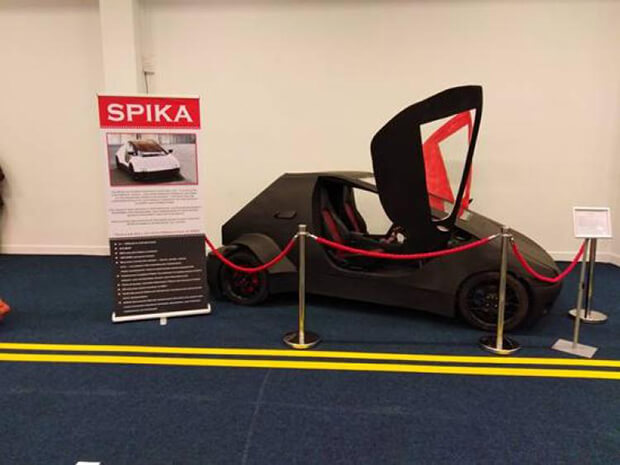 The car doors are scissor type (vertical doors) which is a variation of what you see on Lamborghini (Butterfly doors) cars and other supercars.

The Spika project was initially supported by Vitel, the INTERREG IVA Programme, which is sponsored by the European Union and administered by three academic institutions in Ireland DCU Event Queen’s University of Belfast and Dundalk IT Regional Development Centre.

The project is now seeking investment capital to further development. It has already received Angel, crowd and private funding as well as assistance from Leitrim County Enterprise Board. Fintos Electric Cars now need a further €2.25m to get the Spika into final production phase and release into the market.

The development team is headed up by Limerick man and Chief Technical Officer, Mike Keane who formerly worked with the Formula One Williams Engineering team (Williams F1). Keane has headed also headed up teams on prototype electric cars in the past.

He worked for Aston Martin on the Rapide E, and for Nissan on the Bladeglider, which was showcased at the Rio Olympics. The engineer was also involved in the development of the Jaguar iPace and headed a team of engineers who made 5 Jaguar CX-75s for the Bond film Spectre.

The designer involved in the chassis concept of the car, John Corrigan from Castlepollard, worked for Lola cars on a LeMans racing car. He has also worked for Lotus/Renault Sport and helped design the chassis and wing for their Formula 1 car. Currently, John is working on the Aston Martin Valkyrie Hypercar for Red Bull Racing. 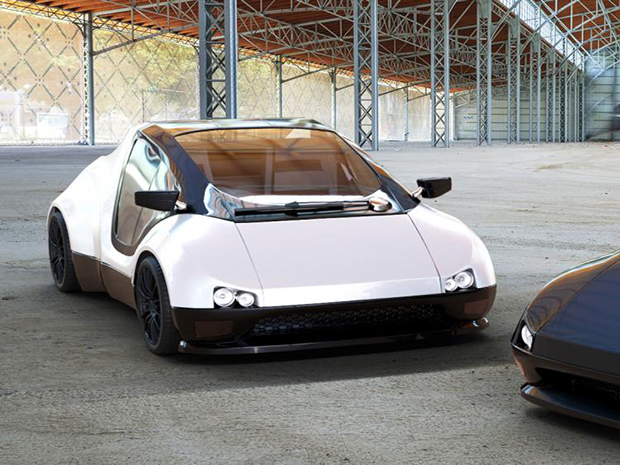 The first prototype of the Spika was developed by Fintos Electric Cars in January 2018 in Carrick on Shannon, Co. Leitrim. The Irish EV is capable of going from 0-100km/h (62mph) in 3.8 seconds and can reach a top speed of 160km/h. (100mph) and has a battery charge range of up to 600 kilometres (373 miles). The CEO of Fintos Electric Cars, Tom Finnegan said:

“This car will go on sale towards the end of 2021. We are looking for investors or anyone who feels that they can help us along the road to production to get in contact with us."

The Spika suspension is designed and built by Track Day Performance (TDP), who are leaders in the field of performance suspension design. The car charging management system will be supported by other Irish EV charging solutions as well as ESB ecars.

The car will be powered by two lightweight and powerful 15Kw/80kw electric AC motors which will provide a huge power to weight ratio resulting in excellent torque and rapid acceleration.

The Spika car was originally conceived byTom Finnegan, who has a green energy sector background. In the early 2000s, he owned and operated Accelerator Rally School in southeast Ireland. He has loosely based his prototype on the Lotus 7 design using composite materials to achieve lightweight results. 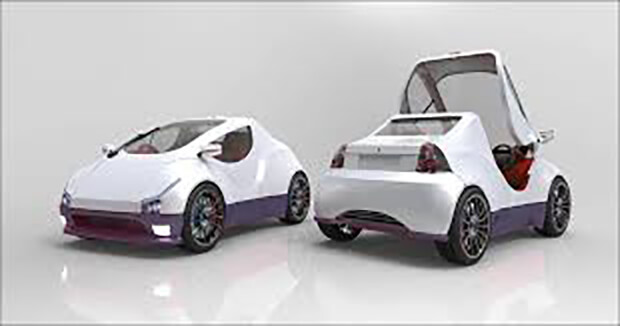 Previous Article: Zero Percent Electric Vehicle BIK To Be Extended For A Further Three Years
Next Article: Why you shouldn't trust a car history check from a used car website that is advertising the vehicle for sale