The Toyota Test Field in Aichi Prefecture is one of the largest test facilities in Japan and is home  to Toyota’s development base. 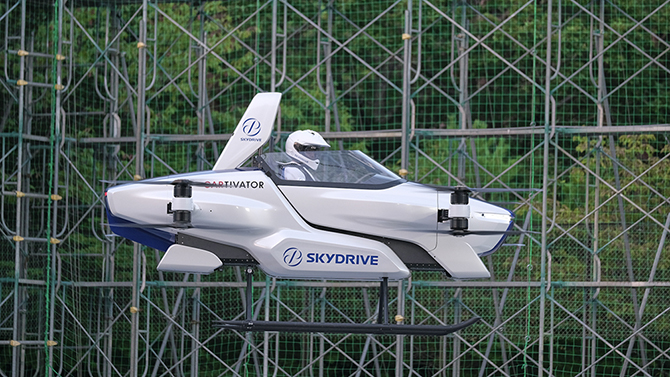 The manned flying car is called the SD-03 and it circled the field for about 4 minutes. The CEO of Sky Drive, Tomohiro Fukuzawa said he hopes he hopes that this flying car can be in production by 2023:

"We are extremely excited to have achieved Japan's first-ever manned flight of a flying car in the two years since we founded SkyDrive... with the goal of commercializing such aircraft,"

At the moment, the flight time limit is just 5 to 10 minutes. Fukuzawa acknowledged that making their flying car safe was critical to its success..

“Of the world’s more than 100 flying car projects, only a handful has succeeded with a person on board..I hope many people will want to ride it and feel safe.” 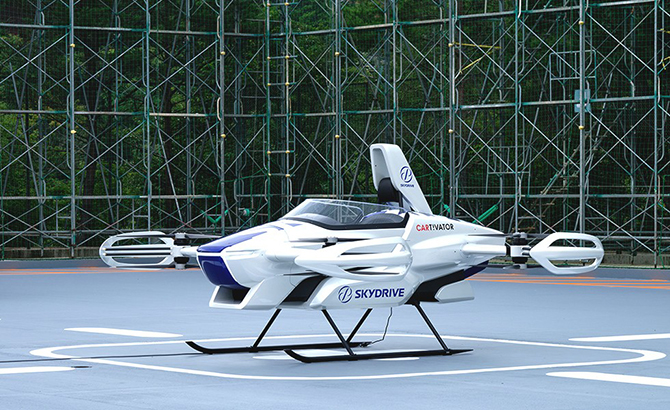 These Electric Vertical Takeoff and Landing (eVTOL) vehicles offer much more convenient and quicker point-to-point personal travel than helicopters and airplanes. It is certainly better than the hassle of rush hour traffic jams, the cost of hiring pilots if they can fly autonomously.

The Sky Drive project began as a volunteer project called Cartivator back in 2012 with funding from some of the great corporate giants like Toyota Motor Corporation, the Panasonic Corporation and even the video game developer Bandai Namco. 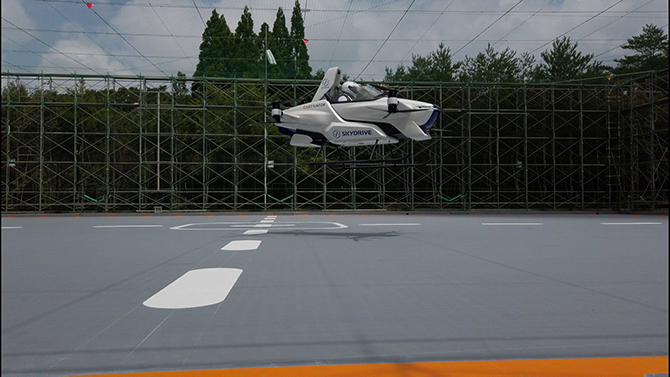 What is happening right now in the flying car industry is very like the heyday of the Wright Brothers combined with the automotive industry’s Ford Model T.

Some of the other projects going on around the world right now are, Lilium of Germany, Joby Aviation in California and Wisk, a joint venture between Boeing Co. and Kitty Hawk Corp. are also working on eVTOL projects.

The Chief Executive of Kitty Hawk said that it took some time for airplanes, mobile phones and self-driving cars to take off. He proposed, though, that “the time between technology and social adoption might be more compressed for eVTOL vehicles,” 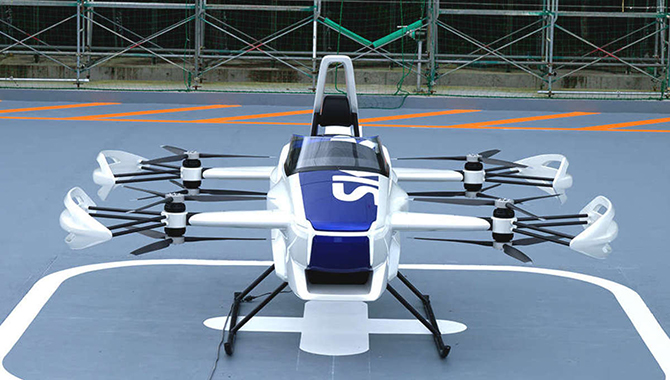