Just 60 trucks allowed to cross the Irish border after Brexit 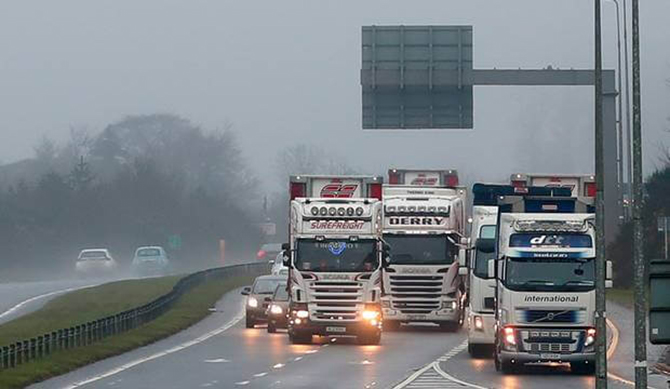 According to a representative of the Freight Transport Association (FTA), Seamus Leheny, said that many trucks coming from Northern Ireland will not be able to travel into the Republic after Brexit?

Currently, 13,000 trucks cross the border from Northern Ireland to the Republic of Ireland every day but according to some in the industry and as reported on in the Belfast Telegraph, only 60 lorries will be allowed to cross if a no-deal Brexit goes ahead. Seamus Leheny said:

"It's to stop the European market being flooded by hauliers from other countries who could possibly do it cheaper and undermine the internal market,"

Mr Leheny is under the assumption that permits will be needed for al trucks crossing the border but he did concede that when he asked, Dublin officials had told him they knew nothing about it?

This is the extremely worrying thing about Brexit, no one seems to know what is going to happen and we are only a matter of weeks away from the UK leaving the EU.

Some companies from Northern Ireland and the other parts of the UK have already moved to the Republic so as to lessen the impact of Brexit. Leheny went on to say that a no-deal Brexit would be disastrous for the haulage industry and if they can only cross the border with permits it would be the end for many companies?

Many truck drivers from Northern Ireland failed to put in for their applications last week for their for international road haulage permits and now that has closed. If there is a no-deal Brexit when the UK leaves the EU on 29 March 2019, all hauliers from outside the EU will need a Commercial vehicle operator's permit known as an ECMT or European Conference of Ministers of Transport permit just to bring goods into the EU and EEA (European Economic Area) 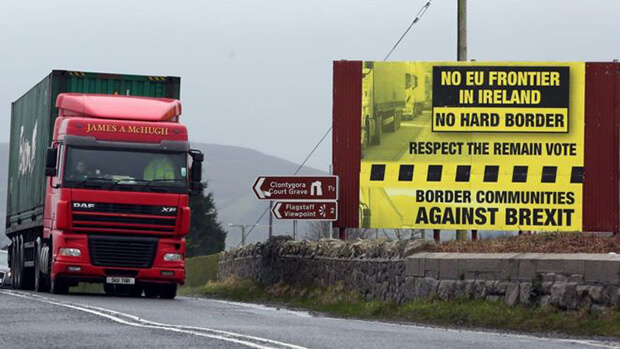 Mr Leheny told BBC's Stephen Nolan show that the UK as a whole the UK would be given around 1,200 permits, with Northern Ireland getting a maximum just 5% of the allocation which equates to just 60 trucks?

They estimate that there is about 20,000 lorry drivers in Northern Ireland, with approximately 13,000 trucks crossing the border each day and so any lack of permits could potentially be "disastrous" for Northern Ireland. As reported on the BBC, Mr. Leheny went on to say:

"It's 100% and it's something we have been banging on about to the government for months now. It's something that other countries have to adhere too, so Turkey, Switzerland etc are limited the amount of their trucks can enter the EU,".

"The system ultimately is stacked against Northern Ireland for two reasons, both legally and technically.

"The legal situation is that the permits bill went before Parliament last year and government signed off on it. When they were putting in the terminology of what classes as a journey to the EU, they said journeys from the Republic of Ireland to Northern Ireland are not European journeys,"

"They have said you will not need a permit for moving goods from the Republic of Ireland to Northern Ireland and vice versa.

"At the time I thought this was great then, I ran it past some contacts at the Irish Department of Foreign Affairs and Trade, they came back to me and they said we know nothing about this.

"There's been no bi-lateral deal and no agreement with the EU about this. We still don't have assurances from the EU they would agree to this." 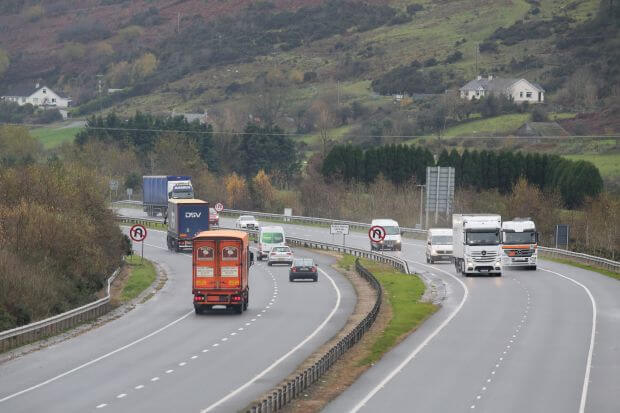 According to Mr Leheny, it would seem that the UK Government went in a "panic" over this particular issue and had asked for the permits to be delayed for nine months to a year but the EU was "lukewarm" about this situation.

There seems to be a lot of scaremongering going on in the run-up to Brexit on March 29 but we can only imagine that agreement will be made because they have to be made as anything else would be disastrous and that is not what Ireland or Britain want.

Basically, common sense must prevail here and the EU should ensure some sort of basic connectivity between the EU and the UK after Brexit, by allowing UK hauliers’ access the EU with being impeded. 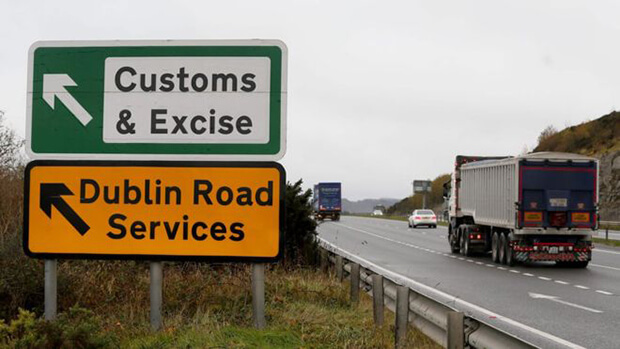 Previous Article: Our Top 10 Tips for Buying a Car at an Auction
Next Article: Why you shouldn't trust a car history check from a used car website that is advertising the vehicle for sale