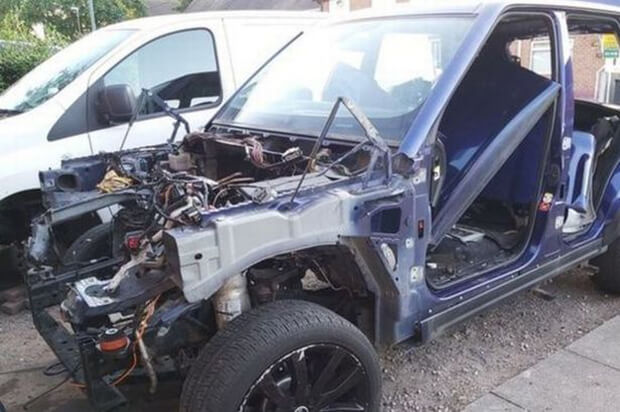 Range Rover stripped down and abandoned in broad daylight

Check out this Luxury Range Rover found stripped for parts and just abandoned on a Birmingham street.

Birmingham police tweeted the image after it was reported to them that the vehicle was which only a matter of days ago was a perfectly respectable vehicle.

The luxury sports vehicle is believed to have been stolen last week, and in the space of just four days, the car was found stripped almost entirely of all its parts and just left on the street.

The Chelmsley Wood, Solihull police tweeted the image, saying officers had responded to a 999 call about a possible stolen car in neighbouring Kingshurst.

"It was a Range Rover Sport four days ago when it was stolen in Newtown and stripped for parts."

Its interior furniture, engine and doors were missing. One person was arrested in connection with the theft.

Stolen vehicles are broken down, sometimes in a matter of hours, at what are called ‘chop shops’. These criminal operations are conducted in back street garages or in industrial estate units and then parts are usually sold on eBay, Gumtree and other online classified websites.

West Midlands Police has voiced concerns that a spiralling demand for car parts is fuelling the rise in vehicle crime, including car key burglaries and car-jackings. 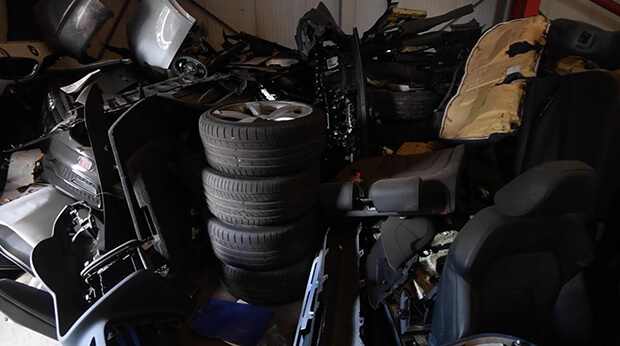