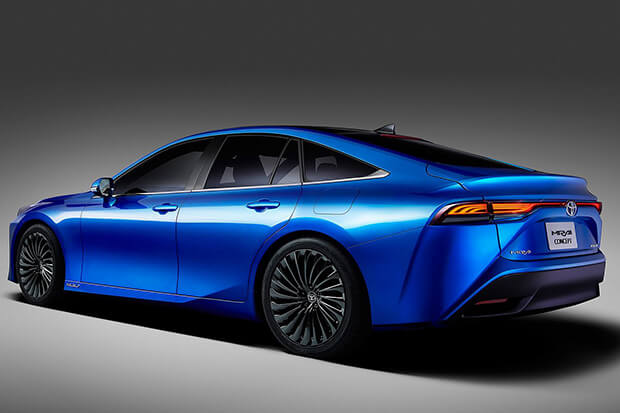 Toyota’s new car can run on hydrogen from Irish manure

According to Toyota’s Chief Technology Officer, Shigeki Terashi, hydrogen could be extracted from manure, and just one cow is enough to fuel the Mirai for a year of average mileage.

The Mirai can produce electricity by using fuel cells to store a combined mixture of hydrogen and oxygen. The resulting hydrogen fuel source can then power the car’s electric motors.

Hydrogen is a plentiful and clean fuel source and has many benefits over petrol and diesel and even battery-electric. It is quick and easy to use as well and to fill up a hydrogen vehicle is just as fast as a regular combustion engine with petrol and diesel. Hydrogen fuel is also not as unstable as electric power which has a limited range.

Most manufacturers, though, have dismissed hydrogen passenger cars as they are pushing battery-electric as the future. They tend to see hydrogen fuel as an option for commercial vehicles and large passenger vehicle, like buses.

Toyota believes, though, that hydrogen is the best long-term option for passenger cars so it will be interesting to see how the electric, hydrogen war pans out over the next couple of decades.

Hydrogen Mobility, a cross-industry group published research last month and they believe that hydrogen cars, buses and trucks could be a reality here in Ireland by 2023. They have even said that Ireland could have 35,000 hydrogen vehicles on the road within a decade.

Could we see manure fueled hydrogen vehicles in Ireland by 2023? Very unlikely we would think. Hydrogen fuel cell vehicles produce electrical power more efficiently than battery-electric with water vapour being the only by-product of the process.

As hydrogen is the most abundant element in the universe, there is a multitude of potential sources to fuel a hydrogen vehicle. We all remember how the De Lorean was fueled in Back To The Future and this is not far from reality.

Hydrogen Mobility Ireland projects that there will be 80 hydrogen filling stations in Ireland by 2030 and that 50 per cent of the population of Ireland could live in a town with a hydrogen refuelling station.

The second-generation Mirai was unveiled at the 2019 Tokyo Motor Show showing the re-designed car reflecting the potential for a future hydrogen society.

Toyota says they will launch new Mirai in late 2020, giving a 30% increase in driving range. The re-designed Mirai will not only give a greater range greater but will also have improved performance, and sporty design, offering increased passenger room and comfort.

Previous Article: Dublin Bus to change its distinctive yellow and blue livery for a new colour scheme
Next Article: Why you shouldn't trust a car history check from a used car website that is advertising the vehicle for sale