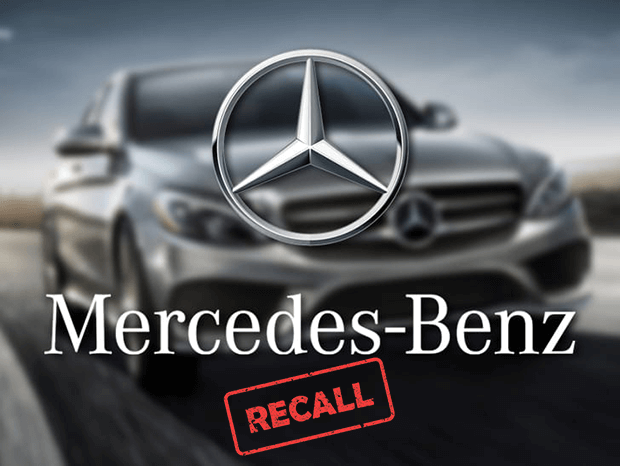 Although Mercedes-Benz is the best selling luxury car brand in the world, it also holds the accolade of being at the top of the list of most recalled car brands in 2018.

Although these are very expensive cars and out of reach for most car buyers but they don’t often deliver the kind of dependability luxury car buyers might expect.

In just the space of 12 months, Mercedes-Benz has issued 33 recall notices which is far more than any other car company in the world.

Their passenger car arm was responsible for 29 of the recalls and the commercial van and truck divisions issued the other four. When comparing Mercedes-Benz with the other major German luxury brand rivals, Audi and BMW, these manufacturers only made 11 recalls each. This means that their combined total recalls for 2018 was far less the Mercedes-Benz.

One factor which may contribute to the large number of recalls is the fact that Mercedes-Benz has one of the most expansive new car ranges encompassing nearly every size hatch, saloon, coupe, estate and SUV possible.

Another factor is that luxury cars also will inevitably have more complicated electricals and sophisticated safety technology and these extras can contribute to a greater number of recalls.

The recalls covered a wide-ranging of issues which also affected other manufacturers such as the Takata airbag issue. There have been other issues as well including the potential for the cars high beams to remain permanently active as well as the lane keep assist feature not detecting inadvertent lane departure at speeds over 105km/h.

However, it wasn’t just the luxury marques afflicted by a high number of recalls during 2018.

Toyota which includes the Lexus brand and Ford both had 13 recalls each over the course of year. For Toyota, this is almost double the number of recalls issued in 2017, putting Toyota far ahead of its main rivals Mazda and Hyundai which issued just six and four recalls respectively.

It’s an embarrassing development for Mercedes as it sells itself on the reputation for luxury, quality, durability and reliability. It would seem that you don’t get what you pay for when it comes to premium luxury car brands.

A lot of the manufacturers have had constant issues with recalls over the past few years. It seems that every week, somewhere in the world, there is a recall happening. That may be an over exaggeration but it is a constant within the automotive industry. A lot of the recalls have come on the back of the Takata airbag recall, which affected millions of cars across the world.

The massive Takata airbag recall is more than doubling in size, with NHTSA announcing that it is expanding the recall to include 35-40 million airbag inflators to be replaced through 2019. This is in addition to the 28.8 million airbags already recalled.