Car News /  Car Tips /  Moonroof vs. Sunroof: What Are the Differences?

What is the difference between a Moonroof and a Sunroof? 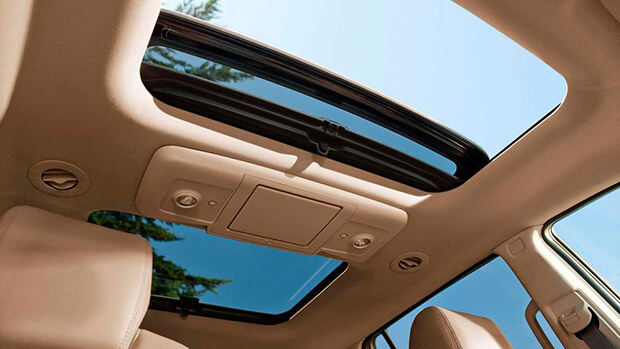 What is the differences between a sunroof and a moonroof?

Generally speaking, a sunroof is any kind of panel on the roof of a car that permits light, air or both to come into a vehicle. A window on the roof, as it were.

But what about a moonroof and what is the difference between that and a sunroof. Well, the main difference is that a moonroof is usually a tinted glass panel on the roof of the vehicle.

There have been many who have tried to explain the differences but we think we have cracked it, to use a pun. Many have said that sunroofs will open fully to the elements letting in as much or as little sunshine as required but Moonroofs may tilt open slightly to let fresh air into the cabin, but they won’t open completely like a sunroof.

Some people use the term sunroof to describe a moonroof but there are slight differences, even though for many, both words are interchangeable. The subtle differences may need some clarification so here it is. 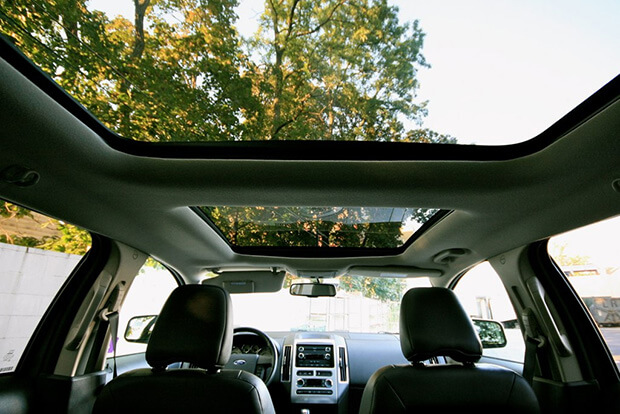 Ordinarily, a sunroof will include two types of panels: One panel may be made of either metal or the same material as the ceiling of the car, and can be retracted by hand to expose the glass panel above. Above this, hand controlled panel is the main opening to the roof of the vehicle which made of glass and is normally tinted. This glass roof window can either be tilted up at the back to allow air into the cabin or can be completely retracted to essentially serve as an open window in the roof.

When it comes to sunroofs, there can be quite a range of different sunroof options available by manufacturers.

Pop-Up Sunroof: Features a manually operated tilting panel that does not fully retract. 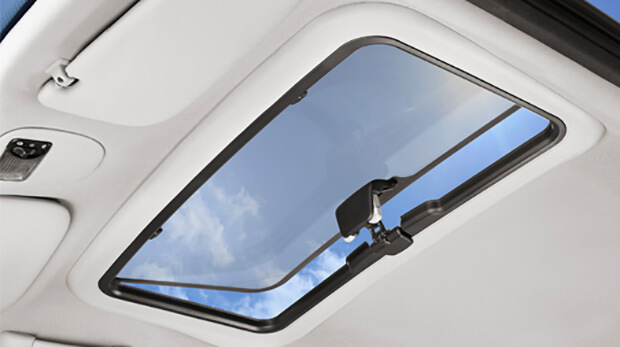 Spoiler Sunroof: The sunroof panel tilts up and slides back outside the car opening about 60% of the way. 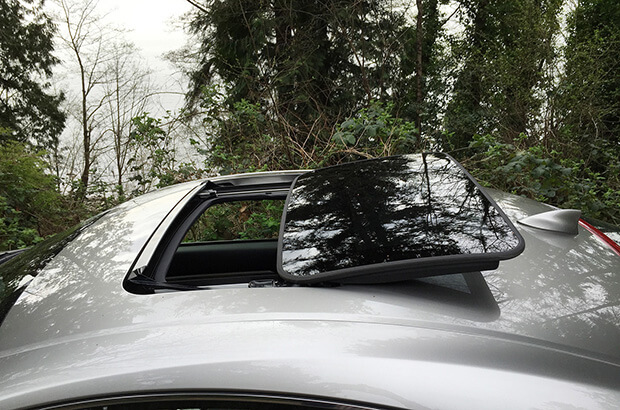 Inbuilt Sunroof/Moonroof: These sunroofs are typically electric. The panel slides back completely between the metal roof and interior headliner. 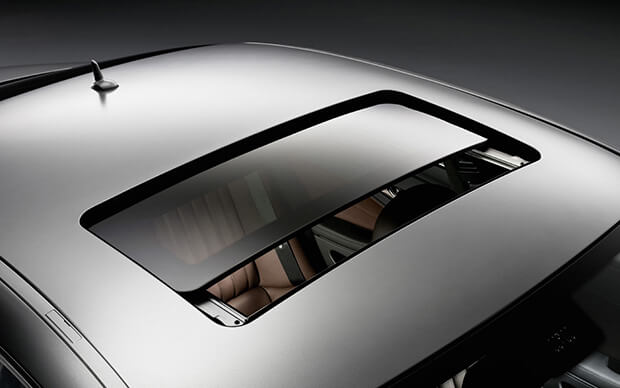 Folding/Ragtops: Features a fabric panel that folds back as it slides open. 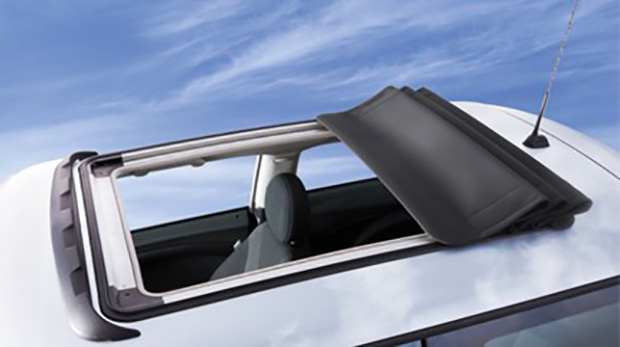 Top-Mount Sliding Sunroof: This sunroof is mounted on rails to slide open on the exterior of the car. 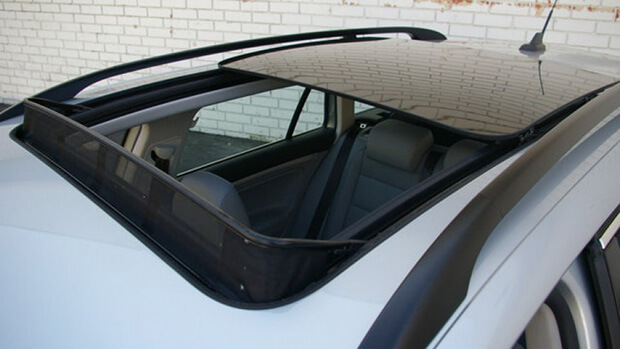 Panoramic Roof: A multi-panel sunroof with panels over the front and rear seats. These can be fixed or sliding panels. 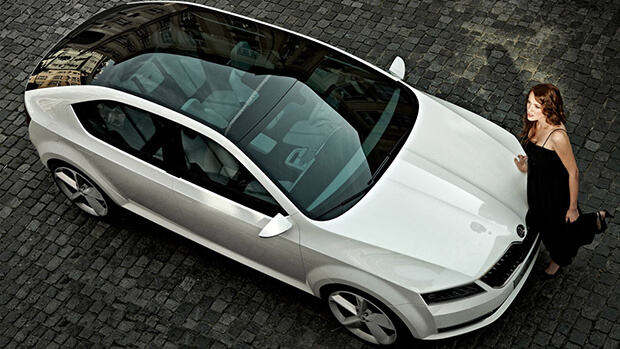 Removable Roof: This type of sunroof is almost convertible, featuring two removable glass panels that open the vehicle roof to the side windows 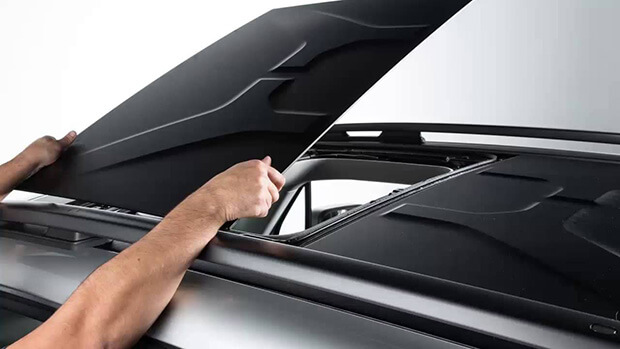 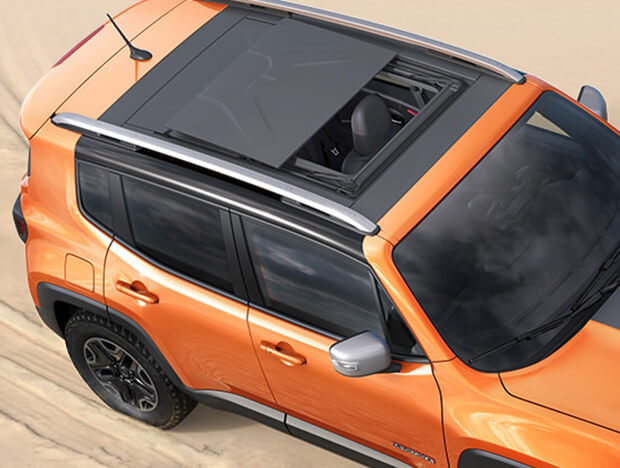 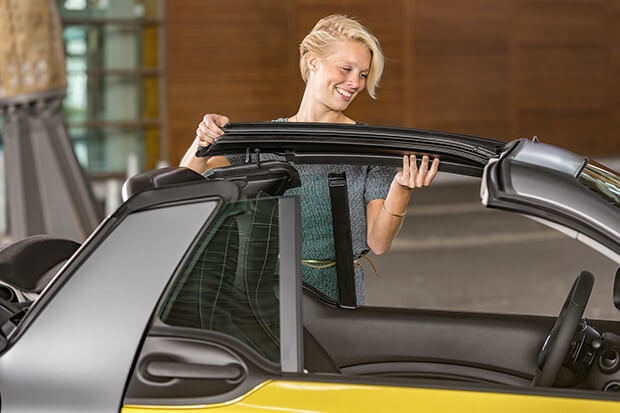 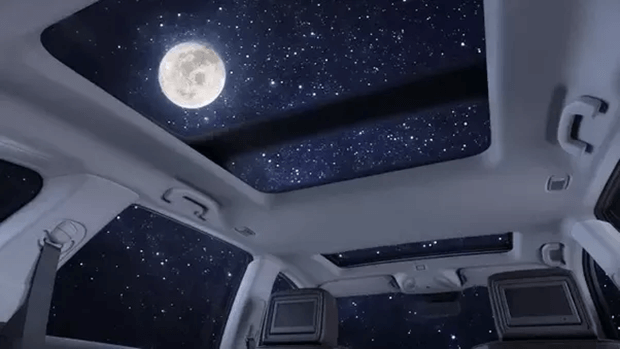 A moonroof is a type of sunroof because it lets in light and air through the top of the vehicle but there are also different characteristics in terms of material and functionality.

The purpose of a moonroof was to enjoy the scenic beauty at night from the roof thus enriching the driving experience.

A moonroof is a type of sunroof that generally includes a tinted glass panel and lets both light and air in without the second sliding visor part. Moonroofs typically will tilt open only a small amount to allow a fresh breeze into the cabin, but won’t usually won’t completely open all the way like a sunroof.

However, sometimes a luxury vehicle will feature a moonroof that will also include an interior sliding shade/panel that gives you the option to shut the light out.

There isn't a published standard anywhere when it comes to the terminology and interchangeability of the terms sunroof and moonroof. Originally back in the 80's, most retractable sunroofs were metal and did not contain the glass.

The term moonroof became popular when Honda applied the term to its retractable glass sunroofs.  Honda was quite into coining their own terms back then, for instance, they insisted on calling their own ABS system ALB.

The original intent behind the term was that you could see the moon through a moonroof without opening your car to the chill of an evening night.

Nowadays, it is very hard to find a car with a metal sunroof, so the distinction no longer applies. Technically speaking, in most examples, there is no difference between a sunroof and a moonroof as most openings in cars nowadays have a glass panel which lets in either sunlight or moonlight without opening the roof to the elements.

Back in the day a sunroof was a solid body-coloured panel on the roof that opened back, popped up or was removable but the moonroof was specifically a glass panel that did much the same thing.

If we were to be strict about it, most cars actually do not have a sunroof but in actual fact are moonroofs as most of the openings are glass panels that can remain closed to the elements but at the same time allow in light and vision from the outside world. This means then, that the majority of new cars today are fitted with moonroofs, and not sunroofs as hard steel panels sunroof have pretty much gone out of fashion.

So now you know. Most cars actually have a moonroof but we call them sunroofs, even though this is not technically the case. So should we start calling our sunroofs, moonroofs or does it really matter? If you are still confused, you are not alone as manufacturers have not seemed to educate us on the difference. Maybe we need Honda to visit the topic once more but until then MyVehicle.ie’s explanation of the differences will have to suffice. Whatever way you look at it, enjoy the view, whether that be the sun or the moon and happy motoring. 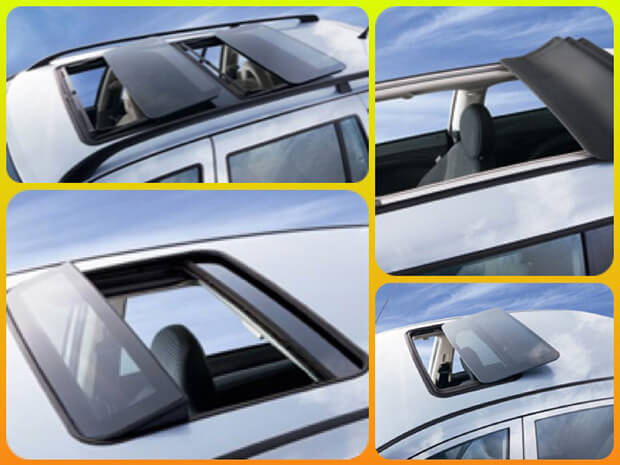 Previous Article: Survey reveals 50% of drivers eat or drink behind the wheel
Next Article: Damaged and Crashed Car Report for the Month of May