Car News /  Parking /  Most likely place in Dublin to get clamped 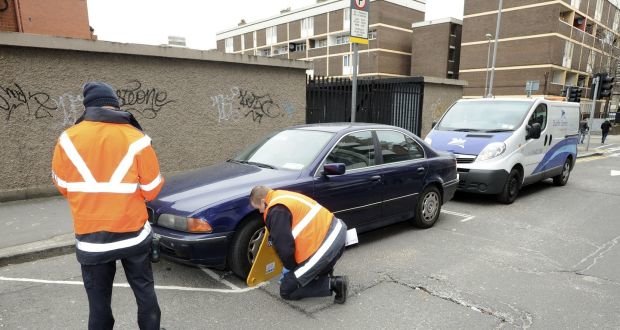 Dublin City Council has revealed which city streets you are most likely to get clamped.

Every day, on average 129 cars are clamped around Dublin according to the statistics. In the first six months of the year, 2019, a total of 23,383 vehicles were caught out by the clampers.

Believe it or not, some are suggesting that there was a slight reduction in the numbers of cars being clamped at the beginning of the year due to bad weather, in particular, ‘Storm Emma? In reality, a spokesperson for Dublin City Council believes that the lower numbers of vehicles being clamped in Dublin may be down to "greater education and compliance".

According to the statistics, Mespil Road is the number one top clamping blackspot in Dublin city, with 416 vehicles clamped there between January and June 2019.

Of all the areas that have had a big increase, it would seem that Ranelagh has been hit the hardest with 320 clampings in the first half of this year, compared to only 35 over the same period last year, with most of the vehicles getting clamped on the clearway.

Most of the offending vehicles were clamped for parking on a clearway. Parking on the clearway can affect the cycle lane and this is the reason the clampers target this area.

In the first half of the year, almost 4,000 vehicles were clamped because the time on their parking fee had elapsed, including a 10-minute "grace period".

A total of 815 more vehicles were clamped for parking on a bus lane and 213 motorists got clamped because they parked in a disabled parking space without a valid permit.

A new feature is the parking spaces designated to Electric Vehicles and 39 ICE (Internal Combustion Engine) vehicles were clamped for parking in spaces which were reserved for electric cars.

Less than one vehicle per day is being clamped for parking in a cycle lane, despite a needless high-profile campaign by a number of cycling groups to highlight the ‘extent of illegal parking’ on cycle lanes? During the first six months of the year, a total of 125 vehicles were clamped for the offence of parking on a cycle lane. The figure was up though on the previous year in the same period, when just 49 vehicles were clamped.

Despite the major increases year on year, a Dublin City Council spokesperson said there had been no apparent change in policy in terms of targeting any particular parking infringement? We ask though, why the huge increase in violations? The spokesperson said:

"Dublin City Council continues to enforce illegal parking throughout the city to ensure maximum use of spaces in the city,"

Last year, the council made €27.9m from parking fees and a further €3.2m in clamp release fees. Staggering figures. The question must be asked, where is all this money going and is it being put back into the roads network for the development of proper infrastructure?

Previous Article: Are hydrogen fuelled vehicles really the way forward?
Next Article: Why you shouldn't trust a car history check from a used car website that is advertising the vehicle for sale