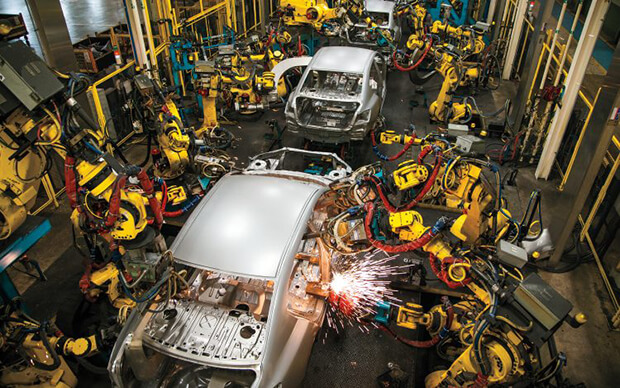 Car manufacturers across the continent have united in their warnings to politicians that there will be "devastating" effects on the industry if there is a no-deal Brexit.

The European Automobile Manufacturers' Association, the European Association of Automotive Suppliers and 17 national groups made a statement on Monday saying, a no-deal Brexit will cause "irreversible damage" to an industry.

The automotive industry employs almost 14 million people across Europe. That equates to six per cent of the total workforce, making the car industry one of the biggest success stories in Europe.

Each year, 19 million vehicles are manufactured in the EU. A European Union-wide statement was released by multiple organisations saying:

"The UK's departure from the EU without a deal would trigger a seismic shift in trading conditions, with billions of euros of tariffs threatening to impact consumer choice and affordability on both sides of the Channel.

"The end of barrier-free trade could bring harmful disruption to the industry's just-in-time operating model, with the cost of just one minute of production stoppage in the UK alone amounting to €54,700."

The chief executive of the UK's Society of Motor Manufacturers and Traders, Mike Hawes said:

"European automotive is deeply integrated and the benefits of free and frictionless trade have helped our sector become one of Europe's most valuable assets, delivering billions to economies and supporting millions of livelihoods across the EU.

"A no-deal Brexit would have an immediate and devastating impact on the industry, undermining competitiveness and causing irreversible and severe damage. UK and EU negotiators have a responsibility to work together to agree a deal or risk destroying this vital pillar of our economies."

The British Prime Minister, Borris Johnson has been very vocal about his plan to leave the EU at the end of this month without a deal. That would mean that Tariff-free trade with the European Market that accounts for 57% of British exports would come to an end.

Bernhard Mattes, president of the German Association of the Automotive Industry, said,

"We regret Brexit. The United Kingdom is a fully integrated player in the value chain of the German automotive industry. More than 100 production facilities as well as research and development located in the UK prove our commitment to the UK-market as a number one market in the EU.

"In the view of the German automotive industry, therefore, everything has to be done to maintain the free movement of goods, of services, the freedom of capital and the freedom of movement for workers between the UK and the EU."

"Brexit is not just a British problem, we are all concerned in the European automotive industry, and even further. Be it as exporters to the UK market or producers locally, which we are both, we will inevitably be negatively affected."

A spokesman for the UK's Business Department in London said,

"We will be leaving the EU on October 31, and it is our preference to do so with a new deal that is in the interests of both our businesses and citizens.

"The UK automotive industry remains one of our great success stories, at the forefront of designing and manufacturing cutting-edge vehicles that are exported internationally.

"We have turbocharged preparations for Brexit across all sectors, including automotive, with £108 million of funding to promote and support businesses to ensure they are ready for Brexit and can take advantage of the opportunities of our future outside of the EU."

Previous Article: Toyota recall almost 12,000 Irish cars for a potentially fatal fault
Next Article: Checklist That You Need to Keep Handy During a VRT Check