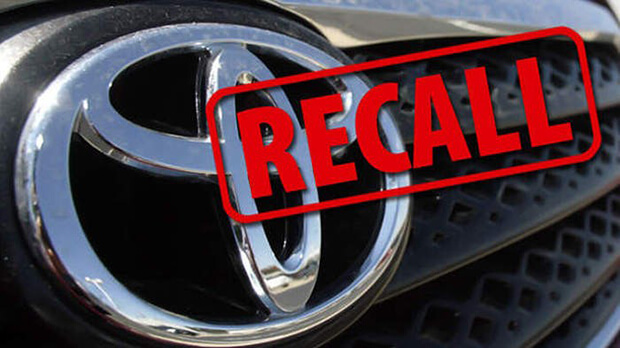 Toyota is recalling nearly 12,000 Irish cars due to a potentially fatal safety issue

Due to a potentially fatal fault with airbags, Toyota has decided to recall thousands of Irish vehicles.

Cars affected by the serious safety issue are certain models of Toyota Avensis, Corollas, Yaris and Verso manufactured between February 2001 and July 2008.

A report was carried out by the airbag manufacturer, Takata who said the extremely dangerous defect could “cause metal fragments to pass through the airbag” and into the “vehicle at high speed, which may result in injury or death”.

The Competition and Consumer Protection Commission (CCPC) has also made a public statement:

“A safety issue has been identified whereby it is possible that the vehicles are equipped with front passenger airbag inflators (Takata-designated SPI, PSPI, PSPI-L), as a “like-for-like” replacement under a prior recall, which contain a non-desiccated, phase-stabilized ammonium nitrate propellant.

“According to Takata’s reports, a defect related to motor vehicle safety may arise in the inflators due to propellant degradation occurring after prolonged exposure to high absolute humidity, high temperatures, and high-temperature cycling.

“Activation of a non-desiccated ammonium nitrate inflator with degraded propellant may result in an inflator rupture.

“An inflator rupture may cause metal fragments to pass through the airbag and into the vehicle interior at high speed, which may result in injury or death to vehicle occupants.”

Toyota Ireland has said that they will contact all affected vehicle owners by letter and advise them to make an appointment.

All necessary repairs and checks will be carried out free of charge.