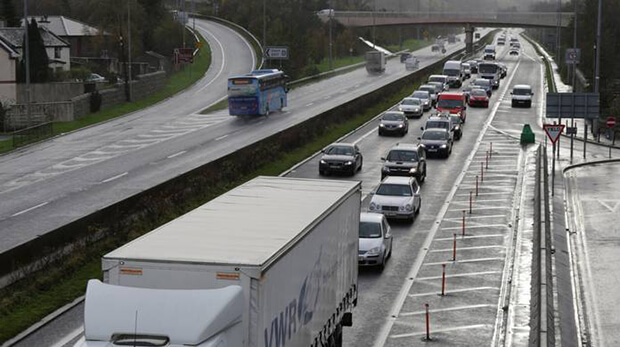 Huge delays expected on the M11/N11 as commuters may face years of road works on their M11/N11 commute from Wicklow to Dublin.

Consultants have been commissioned to analyse how a bus lane could be added to the N11 at the Glen of the Downs.

The N11/M11 Junction 4 to Junction 14 Improvement Scheme is a 22 km stretch between Coynes Cross junction in the south (Junction 4) and Junction 14 on the N11 that then merges with the M50 (Junction 14) in the north. The majority of the project is within the administrative boundaries of Wicklow County Council, however, at the northern extent, 4 km of the road corridor is within Dún Laoghaire – Rathdown County Council.

This proposed road scheme is part of Project Ireland 2040 and is one of the 20 priority National Roads to be progressed in order to enable the continued economic development of the state. The scheme has also been identified in relevant regional and local planning policy.

Detailed plans have been proposed to add a third lane with the added inconvenience of junction closures in certain sections between Loughlinstown Hospital and Ashford.

Overall traffic volume has increased to 78,000 vehicles when you consider the traffic that is north of Bray towards the city and within Co Dublin. 20,000 vehicles come from Co Wexford on a daily basis, with 14,000 of them coming from Gorey and north of Gorey.

Wicklow County Council has a contingency plan in the coming weeks to ease the disruptions by starting to work on a parallel service road to the southbound lane on the N11 at Kilmacanogue.

In addition to these plans, the TTI’s  (Transport Infrastructure Ireland) regional design office has launched a second phase of public consultation in Co Wicklow, specifically in relation to the major upgrade of the road between the M50/M11 merge in south Dublin and Coyne’s Cross just north of Ashford.

Overall, the scheme will be 22 kilometres long and will provide for a three-lane carriageway stretching from the M50/M11 merge southwards for 10 kilometres just south of Kilmacanogue.

The public consultation process is only proposing “options” at the moment but the plans include a redesign at several junctions and close to a number of smaller access roads from the north of Bray to Coynes Cross.

Re-design proposals affect Fassaroe and Killarney Road, Kilmacanogue, Glenview and Delgany interchanges. As well as this, other roads will be closed to improve traffic flow. For example, Turns between the following:

Wicklow County Council has also asked the design consultants, Arup and the regional design office about the prospect of adding an express bus lane. For this to happen, it would almost certainly require another traffic lane through the Glen of the Downs.

The N11 is in great need of development as there have been many public transport failures in the region. There are just two morning peak trains from South Greystones and no express bus corridor. This stretch of road was also the scene of the three-year protest by eco-protesters between 1997 and 2000 before the road was converted from a single to a dual carriageway.

Wicklow County Council has sent letters to households along the route inviting them to participate in a public consultation on the M11/N11. The letter states: “there are several potential options at this time and the final selection of the emerging preferred option will not be determined until early 2020.” 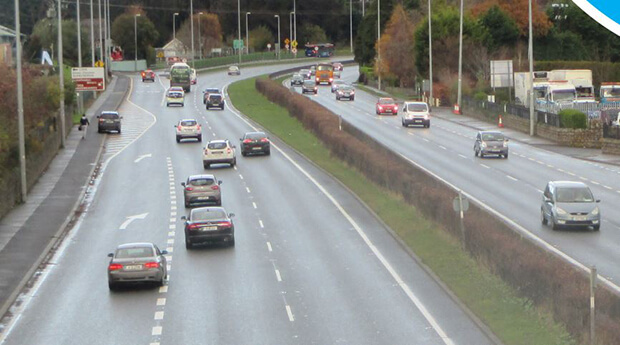