Car sales overview for May 2019 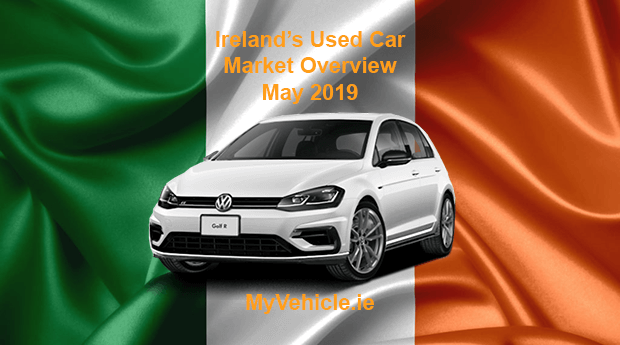 The MyVehicle.ie Nationwide Market Overview report for May 2019 shows that of the top ten used cars sold by Independent dealers in Ireland, the number one best selling car was the Volkswagen Golf. The Golf also held the second spot during the month of May.

Last month the number one spot was held by the Volkswagen Passat but this month the Passat has dropped to third place since last month.

The number one spot was held by the Ford Focus back in March, so we can see some variation in choice on the top spot for Independents.

When it came to the top-ten used cars sold by Franchise dealers for the month of May, the number one spot, once again, is the Hyundai Tucson. This Tucson is by far the most popular vehicle in Ireland in recent times and keeps popping up in the top spot.

Again, like the month of April 2019, every top-ten car sold by both independent dealers and franchise dealers in the month were diesel, despite the current global trend away from diesel fuel.

The May report reveals that of the top ten cars sold privately, the Volkswagen Golf (2005) came in at place first and the BMW 5 Series (2011) came in at second place.

It would seem that the most popular cars in the private market place in May were Golf's and BMW’s.

Of the top-ten cars valued during the month, the number one was once again the Toyota Auris Hybrid (2016) with the Volkswagen Golf taking the 2nd, 8th, and 10th places.

Previous Article: UK imports predicted to overtake new car sales by the end of the year
Next Article: How to Buy a Used Car