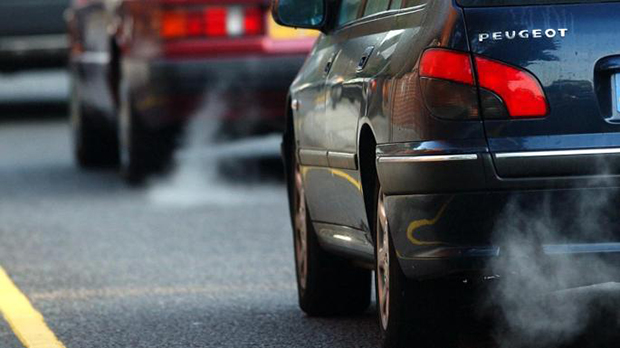 New emissions tax on all new cars and used imports

A new tax based on the NOx emissions is to be introduced in 2020 that will replace the current diesel surcharge of 1 per cent. This comes on foot of inflated fuel prices related to the carbon tax.

The nitrogen oxide (NOx) emissions tax will be applied to all new car purchases and used vehicle imports from January 1st.

Already we have seen an immediate increase in the price of petrol and diesel fuel introduced in the budget. The carbon tax is now set at €6 per tonne. This will add about 2 cent to a litre of diesel and 1.7 cent on petrol.

That will mean that the average price of a 60-litre fill of petrol at that time will see an increase of up to €13.76 at the pump while your diesel spend will increase by up to €15.72, including VAT.

The NOx charge will be capped at a maximum of €4,850 for diesel vehicles and €600 for other vehicles. A Department of Finance spokesperson told media sources:

“For a typical new diesel car with NOx emissions of 43mg/km, the surcharge element of the VRT charge will be €215. Likewise, for a new petrol with typical NOx of 23mg/km, the surcharge will be €115. Levels of NOx emissions tend to be much higher among older cars, particularly diesels, which were not subject to more stringent Euro standard thresholds.

“As such, for an older diesel with 80mg/km NOx, the surcharge added to the regular VRT will be €600. The impact will be less severe on petrol cars, as petrol engines are typically associated with less NOx. For an older petrol with, for example, NOx of 40mg/km, the surcharge will be €200.

“This NOx surcharge is based on the polluter-pays principle and will link the amount charged to the milligrams of NOx emitted. It is introduced in light of public health and environmental concerns. Pollutants such as nitrogen oxide, sulphur oxides and particulate matter impact air quality, particularly in high population density urban areas. The surcharge acknowledges the detrimental effect continued exposure to these emissions has on the air that we breathe and on the wider environment.”

In reality, the new NOx tax will work out much the same as the current diesel surcharge. For example, a Volkswagen Golf 1.6 TDI, with NOx emissions of 35mg/km will be charged €175. At the moment the diesel surcharge would be €174 making just one euro in the difference.

Where some will feel the pinch is with hybrids. At the moment there is no diesel surcharge on hybrids but when the new tax is introduced, this will increase the cost of these vehicles slightly.

Full electric cars release absolutely no carbon dioxide, no NOx,  so, for now, they will continue to have the lowest possible tax.

Conor Faughnan of AA Ireland said that the increase in carbon tax announced will actually do very little to reduce Irelands dependence on private cars. The organisation went on to criticise the new tax as no more than “a Government cash grab dressed up as a green initiative”.

“Increasing the price today and in future years through increases to carbon tax will only achieve one thing, which is to generate additional revenue for government without having any impact on our over-reliance on the private car,”

“Government have cynically taken advantage of the climate crisis to justify a tax increase, instead of outlining measures which would actually lead to reductions in our carbon emissions.”

“The move to NOx-emissions based charging will help to close the gap in terms of the cost of a new car versus a second-hand UK import, which is one of the main issues facing efforts to make Irish transport cleaner. The relatively poor performance of sterling in recent years made UK imports an enticing option for many, but unfortunately, the cars being sold into the Irish market by the UK tended to be old vehicles with high CO2 emissions,”

Previous Article: Hyundai will spend $4 billion to develop autonomous cars
Next Article: How to Buy a Used Car