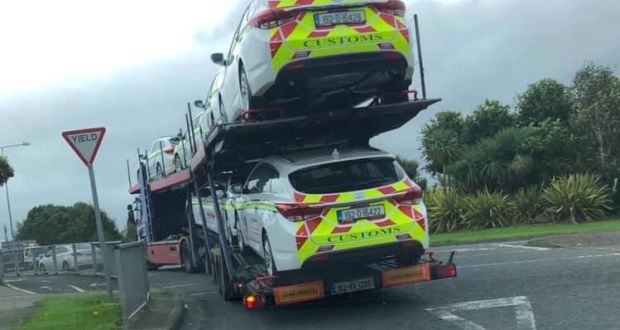 The campaign group represents border communities opposed to Brexit and they have reacted very negatively to the appearance of Revenue customs squad cars which is much like a Revenue police force being deployed along the border.

When the picture surfaced online, it sparked alarm not only among anti-Brexit groups but also other border residents concerned about the prospect of a ‘Hard Border’ between the Republic and Northern Ireland.

The group called on the Irish government to be more open and transparent with their plans for the border areas when Brexit happens. A spokesman for the BCAB said regarding the photographs that appeared on Facebook:

“This is another example of how the Irish Government are preparing for Brexit,”

“Border communities need to be told now in clear and uncertain terms what the Border will look like following a no-deal,”.

“It’s certain that the Irish Government will be bound to follow EU rules pertaining to managing a Border with a third country,” he said, referring to the UK’s post-Brexit status.

“The Taoiseach cannot allow communities to be left behind,” he added, warning that the 1998 Belfast Agreement and the Northern Ireland peace process were “under attack by Brexit.” 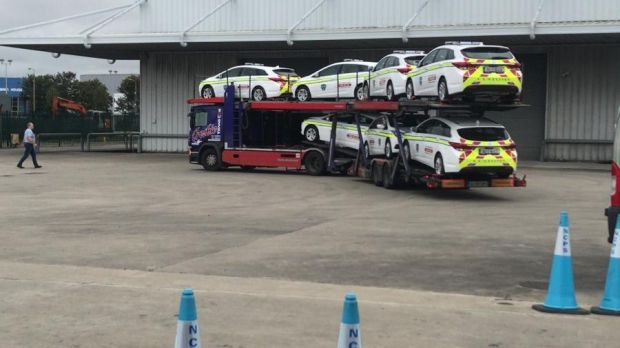 The Revenue has announced that they are getting in total, 16 new vehicles for their customs fleet. That brings the total number of vehicles in their fleet from 229 to 242 customs enforcement vehicles. A Revenue spokeswoman said:

“These vehicles will be distributed at various locations nationwide based on operational requirements,”

This shows that the reality of border checks is getting more real by the day. The government has maintains that there would have to be border checks to process goods in the event of a no-deal Brexit. The policy manager of the Freight Transport Association Northern Ireland, Seamus Leheny, responded to the photos on social media, saying that the “reality of Border checks” were “getting real now.”

The Government has said that there would have to be checks on goods crossing the border in the event of a no-deal Brexit but has also said it is still in discussion with the EU on where those checks would take place.

This Revenue has hired more than 450 people, including 370 this year. An additional 600 people are expected to be hired in order to deal with the extra workload surrounding Brexit.

In last years budget, Minister for Finance Paschal Donohoe provided Revenue with an additional €10 million for the recruitment of new staff. Due to the uncertainty and the possibility of a disorderly Brexit, the Revenue has accelerated its recruitment plan.