Electric Car-Sharing Scheme to be introduced in Dublin 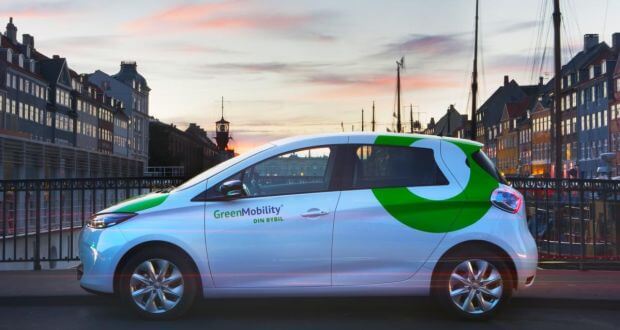 A new car-sharing scheme operated by Green Mobility will put 400 all-electric vehicles on the streets of Dublin. They are set to begin their operations sometime this year.

The Green Mobility scheme will be similar in size to its Copenhagen operation which employs 35 full-time staff.

What makes this latest service different is the fact that customers will not have to return cars to certain designated locations like competing companies such as GoCar. That service is owned by Europcar, and Yuko, a car-sharing club owned by Toyota Ireland.

Green Mobility is a Danish company and unlike its rivals, you won’t have to return the car to a pre-designated parking spot. All its fleet is fully electric. According to the company’s chief international officer Anders Wall:

“Within the operational zone – say within the city limits – the cars can be parked anywhere that is legal. You don’t have to return them to a station or designated location like you do with GoCar. Our service is literally door-to-door and not just A to B.

“Our users pay for the time they spend in the car. So when you park the car legally on the street or in certain car parks, we take care of the parking charges. We also don’t charge any fixed fees, membership or sign-up fees. You only pay for the number of minutes you use the car.

“The car is opened and locked through our app on smartphones – Apple or Android. There are no keys in the car so you simply drive to where you need to go. Once you end the trip, you lock it again with the app and the car becomes visible to all the other users. When the charge in a car drops below 10 per cent the cars automatically disappear from the app. We have a team of street agents who take care of charging, cleaning and maintenance of the electric car.”

The company has been in talks with Renault Ireland for the supply of it’s electric cars. Renault already supplies Green Mobility’s cars in Copenhagen and Oslo and so they are seeking a similar partnership with the manufacturer. Renault is not the only partner as they are also teaming up with other non-motoring commercial partners for their Dublin operation.

Mr Wall did suggest that the main company they will partner with in Dublin was not a car company. He said:

“To give you an example, in Oslo we work with NSB, the national state transport company operating trains and buses and now they operate Green Mobility car sharing as well,”

The Dublin scheme will be of a similar scale to its operation in Copenhagen, which employs 35 full-time staff and has been running since 2016.

“Dublin has a similarity with Copenhagen in terms of size and structure. There’s also a public and political interest in this and the electric car-charging network has been built. We believe we can actively reduce the number of private cars in the city. In Copenhagen, we have seen that 5 per cent of our users have sold their private cars and switched to our solution.”

Previous Article: Is Brexit to blame for drop in new car sales in January
Next Article: Why you shouldn't trust a car history check from a used car website that is advertising the vehicle for sale