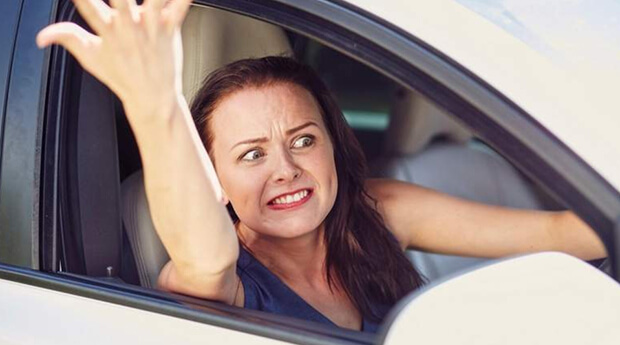 Northern Irish woman found herself in an awkward situation after she gave 'the finger' to police in an unmarked police car after officers honked their horn at her.

A Northern Irish woman was left in an awkward situation after she gave the one-fingered salute, to cops in an unmarked police who honked their horn when she veered into the wrong lane in front of the cop car.

PSNI (Police Service of Northern Ireland) said that their officers were travelling in an unmarked car when they observed the woman not giving as much concern to her lane discipline as she should have been.

The woman was driving in the Coleraine area in Derry when the police were prompted to honk the horn because her lane discipline was "far from good".

If the woman had just acknowledged the other vehicle she would have never known that they were cops and everything would have just passed on as normal without even a thought.

Embarrassingly, she was not adhering to the correct lane as she went around a roundabout and almost caused a collision with the unmarked car. The PSNI officers, in normal road fashion.

Situations like that happen every day, and we have all been to blame for erratic driving behaviour and lack of lane discipline. We may have gotten angry and annoyed when another driver honked the horn at us but we all know that giving the finger is not polite and can actually lead to dangerous road rage incidents.

You can imagine the woman’s shock and embarrassment when the blue lights went on and she was instructed to pull over. When she rolled down her window, the ‘awkward conversation’ ensued and she proceeded to insist that she was just waving at them. 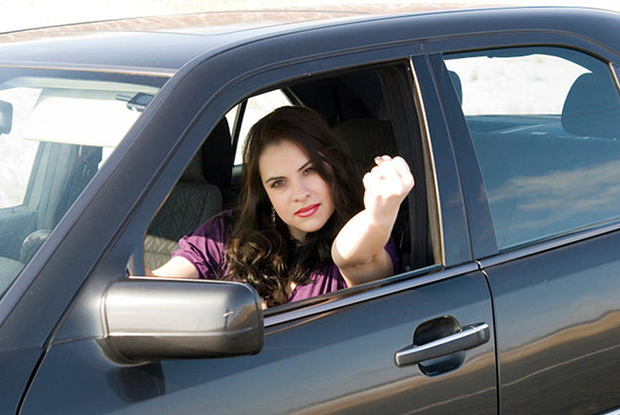 The amusing anecdote was recounted by the police on Facebook:

"An awkward silence is one of the worst things ever and even more so when police officers are standing at your car window and you know exactly why they are there,"  a PSNI spokesperson wrote on the PSNI North Coast Facebook page.

"That was the deafening silence we heard this evening when we had to stop a motorist who’s lane discipline was far from good.

"She seemed to think that the roundabouts’ two lanes belonged to her and that our unmarked car did not belong there.

"As we sounded the car’s horn to signal our presence and prevent a collision she decided to wave at us frantically using just one finger!

"When we stopped to have that awkward conversation with her she claimed she was just waving at us.......... #soundsofsilence

"Motorists please remember your lane discipline and remember the way to signal a motoring mistake is not using one finger."

So the moral of the story is, always think twice before practising your sign language skills with other road users.

Previous Article: Manure from just one cow could power the car for one year
Next Article: Damaged and Crashed Car Report for the Month of May