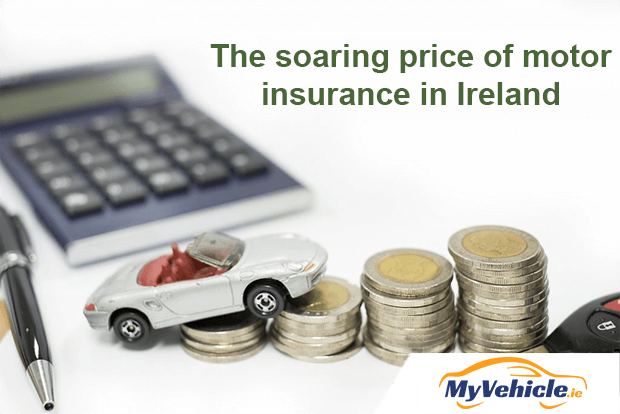 Young drivers, in particular, are highly exposed to massive car insurance costs. Another group affected by the high cost of car insurance are returning emigrants who may have let their no-claims bonus years lapse. It's quite a punitive system and this should change if possible.

The other group which are affected by increasing costs are those who have made a claim on their insurance due to an accident. They also face brutal insurance costs

It has been revealed in a new study that almost one-in-five drivers have actually considered ditching their car because of the crazy price of car insurance. If we are honest, we may all have questioned why we pay so much for car insurance?

The survey of more than 5,000 people found that 17% of owners admitted they had questioned the prospect of getting rid of their cars because they find it hard to get affordable cover. The survey was part of a recent AA car insurance poll. Conor Faughnan of the AA said:

“These findings highlight the potential true economic cost of the lack of progress in tackling the issue of rising premiums which first emerged in 2015.

“To be fair, the Government has a plan with a lot of good actions in it.

“But for us to feel the difference they will need to work harder on getting those actions done.”

The AA recognises as do all of us that sky-high premiums have not gone away and they advise motorists to shop around to get the best car insurance quote. Conor Faughnan went on to say:

“Insurance costs have been the major consumer issue for drivers over the last few years. We have got used to high prices but that does not make them acceptable.

“Some categories have seen prices fall a bit but there are plenty of people for whom the problem is as bad as ever.

“Young drivers, returning emigrants and those unlucky enough to have a claim are facing another year of brutal costs.”

Many have found though that their insurance premiums have dropped in price in the past year. In fact, the survey reveals that one in three motorists have experienced a drop in the premium.

The research found almost 8% of those surveyed said they had “strongly considered” a move to alternative forms of transport because of money worries. Conor Faughnan of the AA added:

“January is a time when many of us get the renewal letter in through our letterbox and its never a nice bill post-Christmas.

“All the more reason to make sure you are not spending too much. Especially for non-standard risks, you should do the research, shop around and make the insurance company earn your business.”

Previous Article: Garda Traffic Corp now known as Roads Policing Unit
Next Article: Why you shouldn't trust a car history check from a used car website that is advertising the vehicle for sale