On foot of a similar suspension in Northern Ireland MOT test centres, part of the National Car Test has been suspended pending a full safety inspection.

The NCT’s suspension of part of it test came into effect immediately on the news of potential dangers relating to the lifts announced by the DVA in Northern Ireland.

The lifts under inspection and review are the scissor lift type used during the NCT test to raise your car off the ground so they can inspect the underbody.

The NCTS came to the quick decision to discontinue the use of vehicle inspection lifts across all its 47 test centres “with immediate effect until a full condition survey of all lifts is completed”.

“NCTS were recently made aware of a defect with a similar make and model of MAHA lift. Following that information, condition surveys have been instigated.”

“All customers should continue to book and turn up for their NCT as normal,”

“The test will be completed with the omission of the underbody inspection, which will be conducted at a later date when the lifts are returned to use. Customers will incur no additional costs as part of this process,” 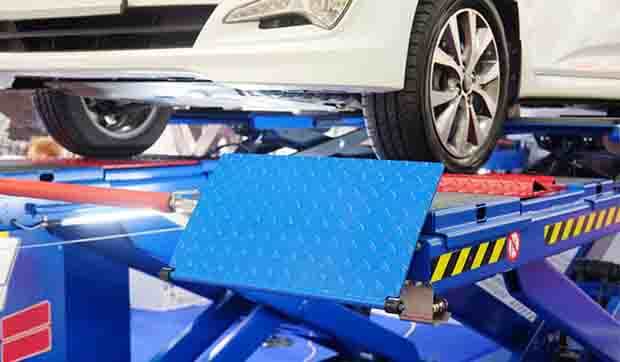 They became aware of the issue on Monday, but said that the integrity of previous NCTs are not a concern. They went on to say:

“Our priority at this point and time is for the safety of our staff and our customer’s property. We do sincerely apologise for any inconvenience this may cause,”

All scissor lifts were due for replacement from June 2020 and the NCTS said that it is currently in discussion with the manufacturer to increase production.

The RSA made the Gardaí aware of the issue saying that “all vehicle owners are reminded that the roadworthiness of their vehicle is their responsibility at all times not just at the NCT”.

The German manufacturer MAHA has an Irish subsidiary but they have not yet made any official statement about the issue thus far.

Previous Article: All MOT car tests cancelled in Northern Ireland due to lift faults
Next Article: Birmingham to impose £8 daily charge for Petrol and diesel owners from 2021