European Day Without Any Road Deaths

MyVehicle.ie wants to do its part to help make this Thursday a European Day Without A Road Death

Seventy people die every day on Europe’s roads, 110 people have been killed on Irish roads so far this year (as of 14th September). This is 22 less than in the same period in 2016 but it is still a lot of heartache and misery for families.

Project EDWARD is organised each year all across Europe with the long-term aim to to reduce significantly death and serious injury on European roads and also roads across the whole world.

On average, 70 people die every single day on Europe’s roads. The Project Edward initiative was originally devised by the European Traffic Police Network (TISPOL) and was inaugurated for the first time in 2016.

Project EDWARD aims to raise awareness of road safety and help reduce the number of people killed while out on the roads.

The whole project comes with the backing of policy makers in all the European Governments including senior politicians, police chiefs and other road safety organisations as well as the European Commission. 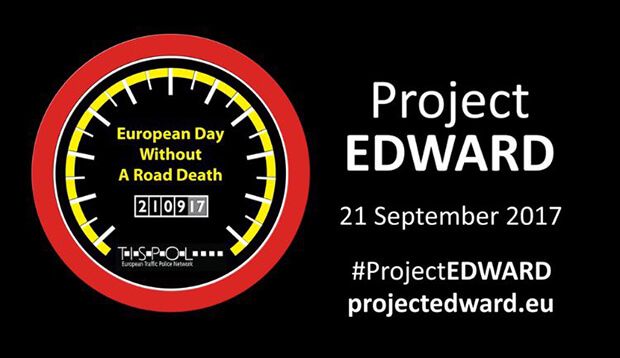 “If everyone commits to making small changes, then the road safety improvements will be huge and we will achieve big reductions in the number of people who are killed or seriously injured.

After reflecting on last years campaign, TIPSOL have observed that the results paint quite a mixed picture of progress in reducing deaths and serious injuries on Europe’s roads.

Countries across the European Union in the last decade have been highly successful in pursuing the 2020 50% reduction target but sadly in the last two years there has been some disappointing news showing that downward trend has stagnated.

MyVehicle.ie endorses and encourages all road users to take the Road safety pledge:

I promise that I will: 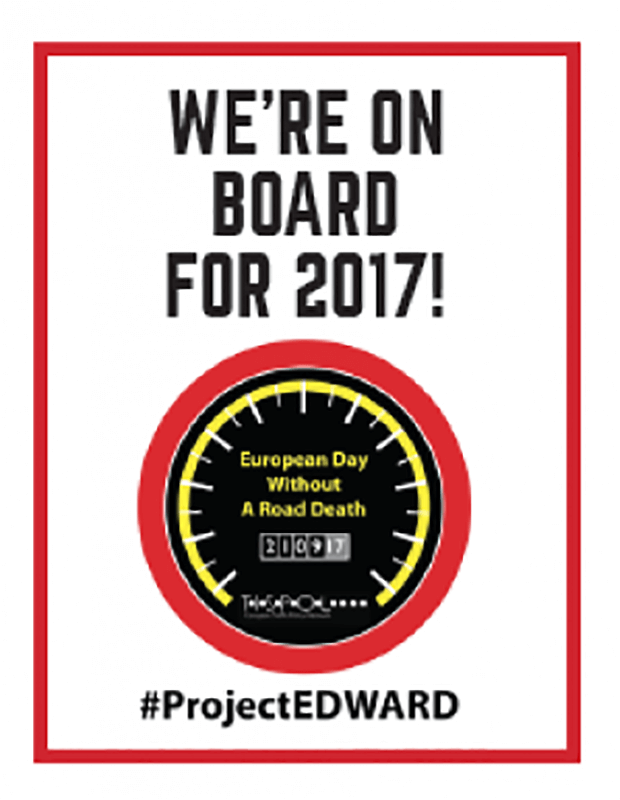 Driver behaviour, as one can imagine, remains the most important barrier to progress in the reduction of serious injury and fatalities on our roads.

Drivers unwittingly or sometimes knowingly are putting other road users at risk. Factors include, speeding, drink-driving, not wearing a seat belt, using the phone while driving, using vehicles they have not kept roadworthy, parking their cars on bicycle lanes, blocking pedestrian crossings, not turning on their lights or engaging in risky manoeuvres.

Drivers are not the only ones at fault here as cyclists and pedestrians also can increase risk levels on the roads by choosing to ignore the rules of the road and taking needless and careless risks.

We would ask that everyone take just a moment to reflect and think how their actions can impinge on the safety of other people on the roads. We should all have a vested interest in road safety and be proactive in reducing those risks.

Project EDWARD’s target is to not have anyone die on any of Europe’s roads, tomorrow, Thursday 21 September.

It is hoped that Project EDWARD this year can make a significant contribution towards road safety and the reductions of road death and serious injury.

Please join us and make the pledge to support Project EDWARD, and do your bit to reduce risk and improve safety for the people who use our roads.

We hope that Project EDWARD is a complete success tomorrow and that this high-profile campaign across Europe can have meaningful results.

MyVehicle.ie would appeal to everyone to embrace project EDWARD and know that small actions can lead to massive improvements and save lives. 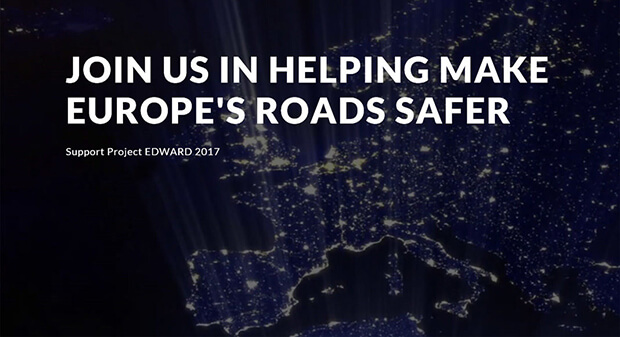 (As always, if you or a family member are considering buying a used car, don’t buy until you run a car check report with MyVehicle.ie where you will find out the true history of the vehicle.)

Previous Article: Tesla cars made to travel further during hurricane Irma
Next Article: Why you shouldn't trust a car history check from a used car website that is advertising the vehicle for sale