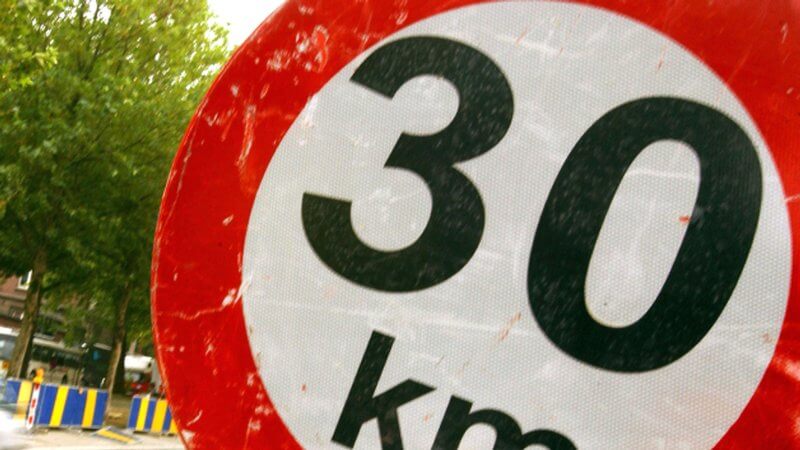 He mentioned that the AA is supportive of the idea to introduce 30km/h zones around the city.

It was pointed out that our roads need to be properly re-designed for the reduced speed limits to have any effect in altering driver behaviour.

Unless these changes are introduced effectively in the first place, it may end up being a fruitless exercise.

Among some key concerns expressed by the association in relation to these proposals is the fear that introducing a 30km/h limit on roads which are not designed for that speed may lead drivers to question the validity of other higher speed limits.

The question has to be asked if lowering the speed limits in Dublin City Centre will actually save lives and decrease the fatalities?

The majority of the incidents that result in serious injuries or deaths in Dublin City involve trucks and buses colliding with cyclists and pedestrians at speeds much lower than 30km/h. Having a lower speed limit will not stop fatalities when a truck or a bus hit a pedestrian no matter how slow it is. Very often involving heavy vehicles turning left.

While being hit by a car doing 30km/h is likely to do less damage than an incident involving a car doing 50km/h.

Simply introducing A lower speed limit ignores the reality of the worst incidents which occur in Dublin City.

Previous Article: The random trick to stop your car windows from fogging up
Next Article: Malahide Classic and Vintage Motor Show