Car News /  Vehicle Information /  What should you do when you put the wrong fuel in your tank?

What should you do when you put the wrong fuel in your tank? 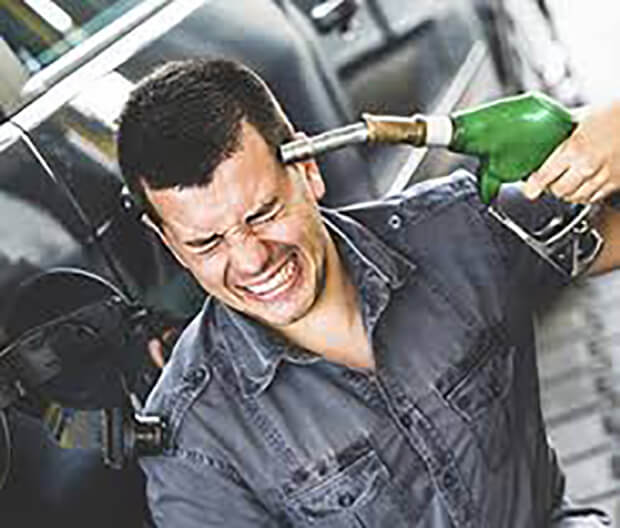 What happens if you accidentally put the wrong fuel in your tank?

If you have been driving for a while you have probably heard of the situation where someone fills their tank with the wrong fuel. You may have even so yourself. One only needs to do it once to learn the lesson, never to make that same mistake again.

On consideration, though, mixing petrol and diesel is never advisable but it isn’t necessarily a disaster either.

Differences between petrol and diesel fuel

Diesel fuel is heavier than petrol (because it’s made up of large molecules). Diesel fuel atomises differently due to a different density and viscosity. Added to this, its flash point and auto-ignition temperatures are significantly higher. Conversely, the opposite can also be applied.  Petrol is lighter and therefore flashes at a lower temperature than diesel. 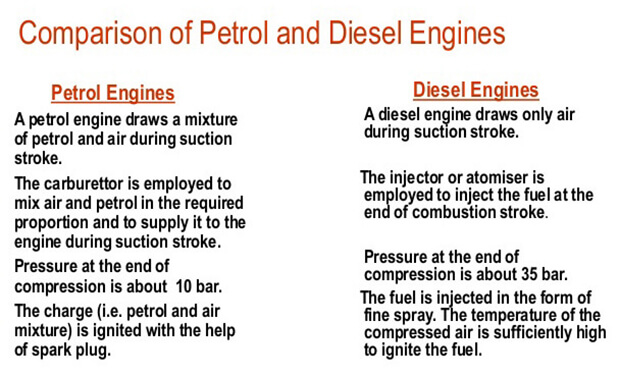 Putting diesel into a petrol tank

First of all, nowadays you cannot fill a petrol car with diesel by mistake as the diesel nozzles are bigger than the filler neck on petrol cars. There is also a plate under the neck to prevent any intrusion but the small petrol nozzle, which was designed to prevent drivers from putting leaded (big nozzle too) petrol in the first place.

If it were to happen and accidentally put some diesel into the petrol tank, you are basically mixing a higher flash, heavier fuel into a base fuel (petrol) that’s much lighter, more volatile and burns at a much lower flash temperature.  Although these differences are apparent, putting diesel into your petrol tank won’t cause nearly as many problems as if you put petrol into a diesel tank.

To fix the issue, you may want to drain the tank and fill it again with petrol. You could also consider cleaning the injectors and finally cranking the engine to throw up the unwanted diesel and this would suffice. Some may want to change the fuel filter to be on the safe side but it is not a must. 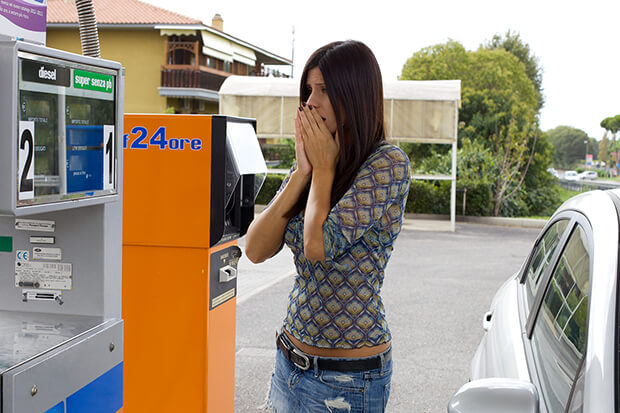 The biggest concern with this scenario is the reduction in octane. The octane rating is the measurement of petrol’s ability to ignite at the right time – not too early.  As petrol has a lower octane rating it will ignite too quickly once it is injected into the chamber of a diesel engine.

An octane rating, or octane number, is a standard measure of the performance of an engine or aviation fuel. The higher the octane number, the more compression the fuel can withstand before detonating (igniting). In broad terms, fuels with a higher octane rating are used in high-performance petrol engines that require higher compression ratios. In contrast, fuels with lower octane numbers (but higher cetane numbers) are ideal for diesel engines, because diesel engines (also referred to as compression-ignition engines) do not compress the fuel, but rather compress only air and then inject fuel into the air which was heated by compression. Gasoline engines rely on ignition of air and fuel compressed together as a mixture, which is ignited at the end of the compression stroke using spark plugs. Therefore, the high compressibility of the fuel matters mainly for gasoline engines. Use of petrol (gasoline) with lower octane numbers may lead to the problem of engine knocking.

When this happens, the petrol ignites and explodes, but the piston is still on its way up and the resulting pressure wave collision gives you (at best) a knocking sound and (at worst) damage to the piston and rod.

The thing to remember is that octane slows down combustion and it delays it.

Putting petrol into a diesel tank

Putting petrol into a diesel engine is much more complicated. A diesel car can be filled with petrol rather easily, as the filler neck allows all nozzle kinds smaller than the diesel nozzle inside (which is basically every nozzle available).

Let’s say you accidentally drop a small amount of petrol into your diesel fuel, the first thing it will do is depress the flash point of the diesel. This can be dangerous given that pockets of higher concentrations of petrol can develop in a tank. This results in the flashpoint not being consistent throughout the entire tank.

Modern diesel engines operate at very high pressures and are engineered to have very fine tolerances.  Diesel fuel acts as a lubricant for the engine and the injection system. When petrol meets the diesel engine, it acts as a thinner, causing the fuel to lose its lubrication properties and cause the engine and fuel pump to wear down through friction. If it comes this far, the whole fuel system needs to be flushed and if there are any damaged components, they will have to be changed. 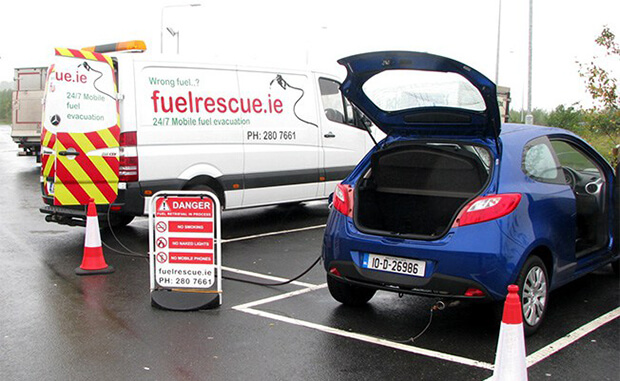 Given the large difference in flash point temperature between petrol and diesel, it doesn’t take very much petrol to depress the flash temperature significantly. As little as 1% petrol contamination in a diesel tank will lower the diesel flash point by 18 degrees C. This premature ignition of the diesel fuel in the diesel engine, which can lead to engine damage.

Petrol contamination in a diesel vehicle can also damage the fuel pump and mess up diesel injectors.  This happens because of a drop in lubrication. To put it simply, petrol is a solvent while diesel is an oil.  Diesel has enough lubricity to lubricate the fuel pumps and the injectors and if you put petrol in a diesel engine it takes away this lubrication, leading to damage.

As well as these complications the engine will have incomplete combustion which will be characterised by large amounts of black smoke emanating from the exhaust. Beyond being an aesthetic problem, the vehicle’s computer will try to compensate for this combustion lack by adjusting the fuel-air mixture. Combining the lack of combustion with the fuel-air mixture variable changes by the onboard computer system, power and performance will be cut considerably. If you were to continue to use petrol in the diesel fuel tank, you can cause real damage to the vehicle’s computer sensors by either overheating them or covering them in soot such that they can’t detect anything.

If you happen to fill your car the wrong fuel by any chance, Do not turn on the ignition key – many modern cars circulate the fuel into the fuel system as soon as the battery is turned on.] 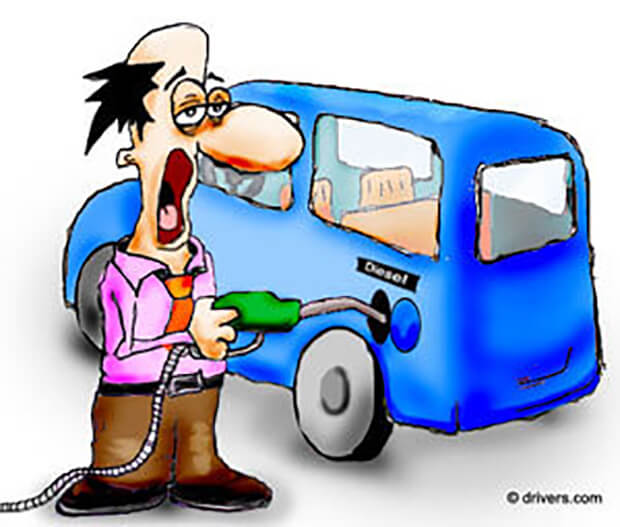