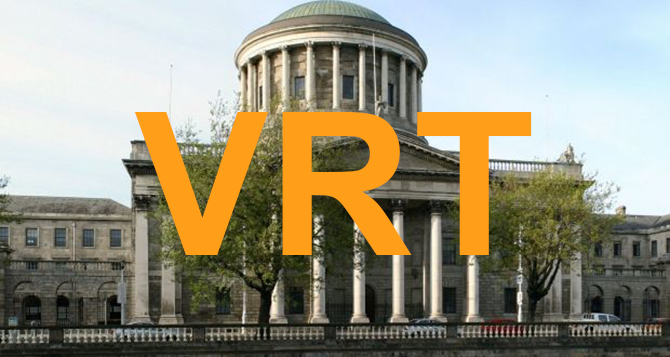 A High Court judgement following an appeal by UCII against a 2013 High Court decision has ruled that Revenue acted unlawfully by failing to provide a used car importer with details of how the open market selling price for used vehicles was determined for the purpose of calculating VRT.

The court case surrounds an action taken by Used Car Importers of Ireland (UCII) who sought €131 million in damages against the Revenue Commissioners and the Minister for Finance.

The decision by the courts in a very complex case is the culmination of 25 years of litigation following the introduction of VRT on Jan 1, 1993, to meet the demands of the European open market agreement.

UCII brought its legal action back in 1995, but it wasn’t until 2012 that the case was heard in the High Court, because of issues over discovery of documents, where it ran for a lengthy 33 days.

This failure meant that UCII were not able to ascertain whether the Revenue’s valuation criteria for imported vehicles would, as a general rule, be very close to their actual value, thereby affecting the VRT calculation.

The three Judge Court of Appeal  found that UCII were entitled to a declaration that this failure was unlawful, but it was not entitled to succeed in relation to its other claims for return of taxes paid, damages and loss which UCII had put at €130 million.

UCII had originally planned to import thousands of cheap nearly new cars from Japan, but the project was abandoned because of the way Revenue interpreted and implemented the Finance Act of 1992.

Used Car Importers of Ireland claimed the price it was willing to charge Irish customers was ignored by Revenue and not taken into consideration as a base for VRT.

They claimed that the Revenue used “an unfair and secretive database” of values which served to protect the trade of new car distributors by increasing values and charging more tax.

It was also alleged at the time by UCII that Revenue continued to overvalue used cars by failing to accurately reflect depreciation trends in the trade. This meant that their customers were not only overpaying for cars but also were being levied too much tax on imported second hand cars.

The Revenue commissioners maintained throughout the court case that they had carried out extensive market research in order to properly value cars ahead of the introduction of VRT on Jan 1, 1993.

It transpired from the case that Revenue were drawing their research and valuations from a niche trade publication that advertised secondhand cars.

The appeal court judgement found that Revenue apparently had a deliberate policy of non-disclosure of the depreciation schedules which is now seen as unlawful.

That being the case, it was also found that UCII were incorrect in contending that Revenue was obliged to have regard for the actual price obtained for the sale of a vehicle in determining it’s Open Market Selling Price (OMSP)

The Courts also ruled that the company was mistaken that there was a fundamental conflict between Revenues’ expert and the role of their own vehicle depreciation tables and methodology used.

The High Court concluded its judgement by recognising that Revenue’s methodology of basing valuations on a car sales guide was reasonable and referencing such a guide was a good reference point for the purpose of understanding the OMSP. They concluded such a car price guide did not systematically overvalue the vehicles.

UCII began trading in 1989 to source quality used cars from Europe and Japan and sell them to other dealers and directly to the public. They were successfully selling around 670 vehicles a month but this all changed when in January 1993, in order to ensure no loss of revenue as a result of the opening of the EU single market, the government changed the system of vehicle registration and introduced the controversial VRT (Vehicle Registration Tax).

As a result of this Court of Appeal judgment, Revenue is now obliged to make their valuation criteria and policies of the kind at issue in this case publicly known.