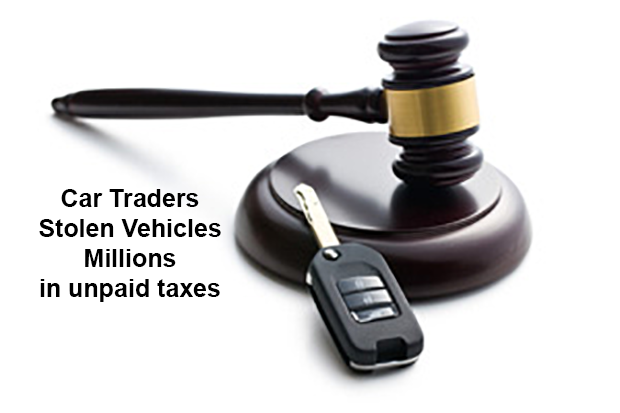 A car dealer is being chased by the Revenue for millions in unpaid taxes after being investigated for stolen vehicles.

The dealer, John Alex Kane (45) was charged with the very serious offences of possession of stolen vehicles, criminal damage and forgery. His associate, Tomasz Zieba (22), was also charged with similar offences, relating to motor vehicles and tractors.

The dealer and his associate appeared at Longford District Court last week and the dealer faces the prospect of being jailed for interference in the work of a Revenue-appointed receiver.

Allegedly, there has been a campaign of intimidation and interference in an effort to hamper the sale of properties by the receiver.

Back in 2009, Revenue secured a judgment for €4.97m against the car dealer in connection with the non-payment of taxes on car sales, after which a receiver was appointed in 2017 in order to recoup some of the money owed.

The dealer was before Longford District Court on three charges of alleged forgery in relation to the details of vehicle purchases, an Isuzu D-Max, a Toyota Hilux and a Land Rover Discovery.

Previous Article: Daimler to recall 60,000 Mercedes
Next Article: How to Buy a Used Car