Some of the most scenic drives in Ireland 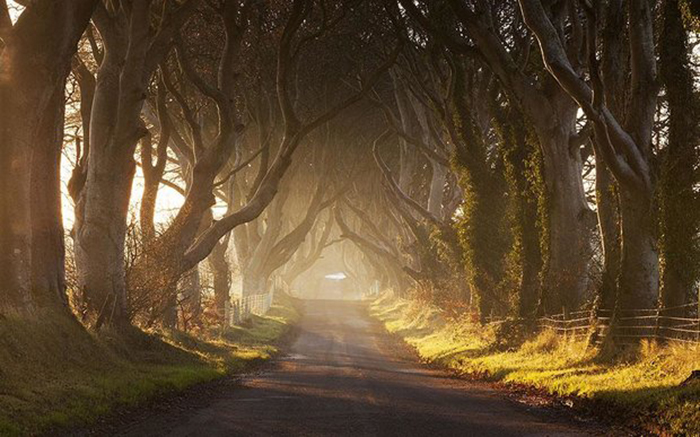 Must see panoramic routes around Ireland

Most of us can't wait to leave Ireland and getaway to sunnier climes across the world. We tend to forget what we have right here at home on our doorstep. Ireland is famous for its epic landscapes and coastal views.

Visitors from all around the world flock here every year to see some of the most beautiful and breathtaking scenery on earth. Many fly directly into Dublin, the capital city of Ireland or Shannon and then hire a car to explore our beautiful Emerald Isle and make memories that they will never forget.

The Burren is located in Co. Clare, a 150km drive in a figure of 8 around the Burren National Park, a Unesco world heritage site. The Burren is a huge rocky karst pale grey limestone landscape in County Clare on the west coast of Ireland. Also known as Boireann in Irish, known as ‘great rock’ that contains a huge array of flora and fauna. 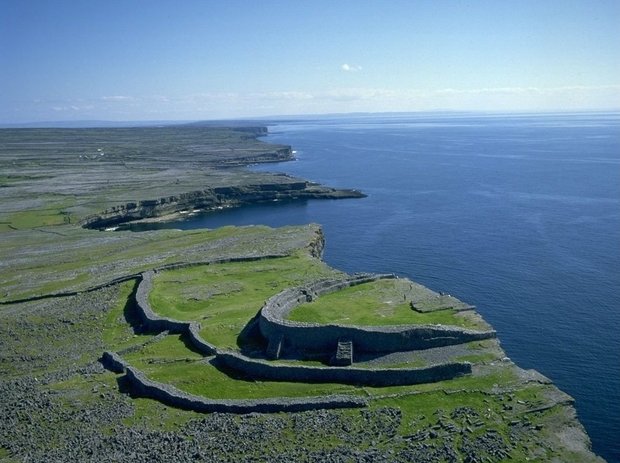 This wonderful piece of land is located along the Wild Atlantic Way. while on this route you may as well stop off at the Cliffs of Moher. These spectacular Cliffs of Moher tower 214mtrs (660ft) above the sea at their highest point and stretch for 8km along the coastline. You can see the Aran Islands and even the north coast of Galway Bay from here. 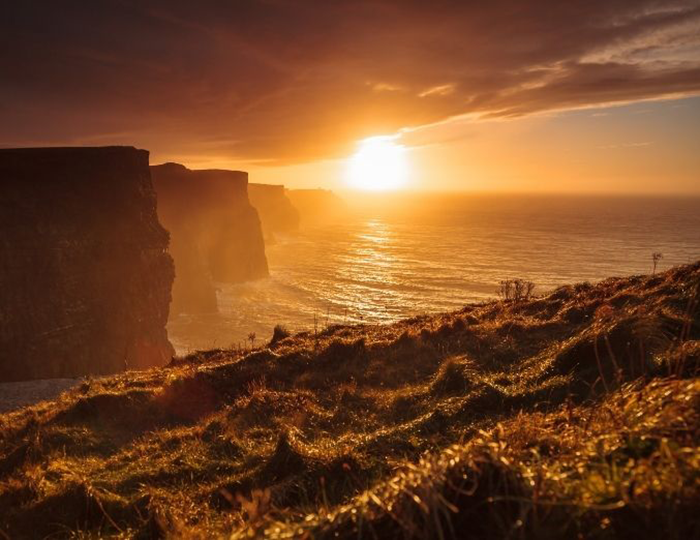 This is one of Irelands most rural and beautiful areas, it is the second most northerly point in Donegal. It contains one of the world’s most beautiful lighthouses and the famous Flight of the Earls, which took place here in 1607. Similar in length to the Burren it contains some of Ireland's must-see beaches. Along the way, you’ll take in views of the Inishowen Peninsula and the Atlantic Ocean. Not only does it offer wonderful beaches but it is a haven for watersports enthusiasts, walkers and golfers. 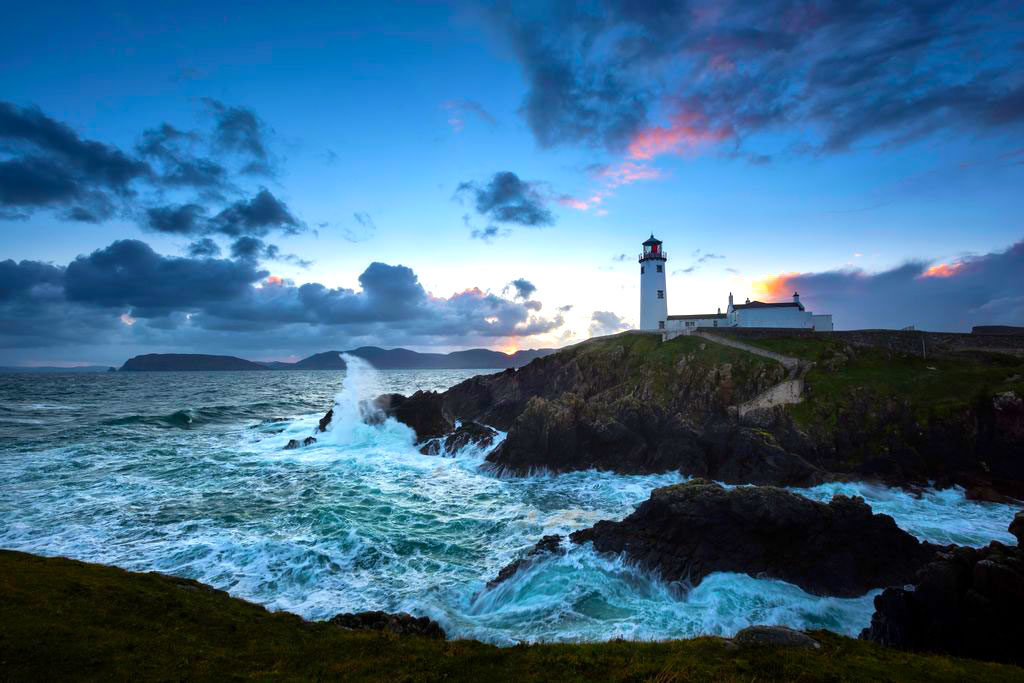 3. The Astounding Ring of Kerry

The ring of Kerry is situated near one of Irelands most lively towns, Killarney. It is here you can begin and end your 179km journey along some of th most spectaclar road scenery in the world. The famous circular route takes in rugged and verdant coastal landscapes and rural seaside villages. 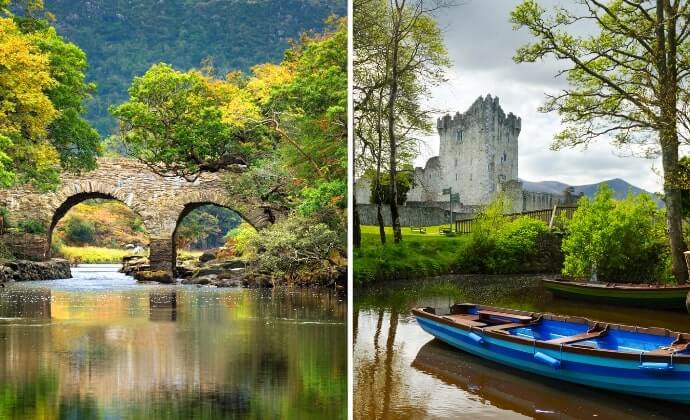 There is so much to do and see from the ocean, islands, mountains towns and villages you will not be disappointed. Some of the main attractions that you cannot miss include is Killarney's national park, Muckross estate, Ladies View, Torc waterfall, the town of Kenmare, Sneem, Skellig island, which was featured in Star Wars, and so much more. 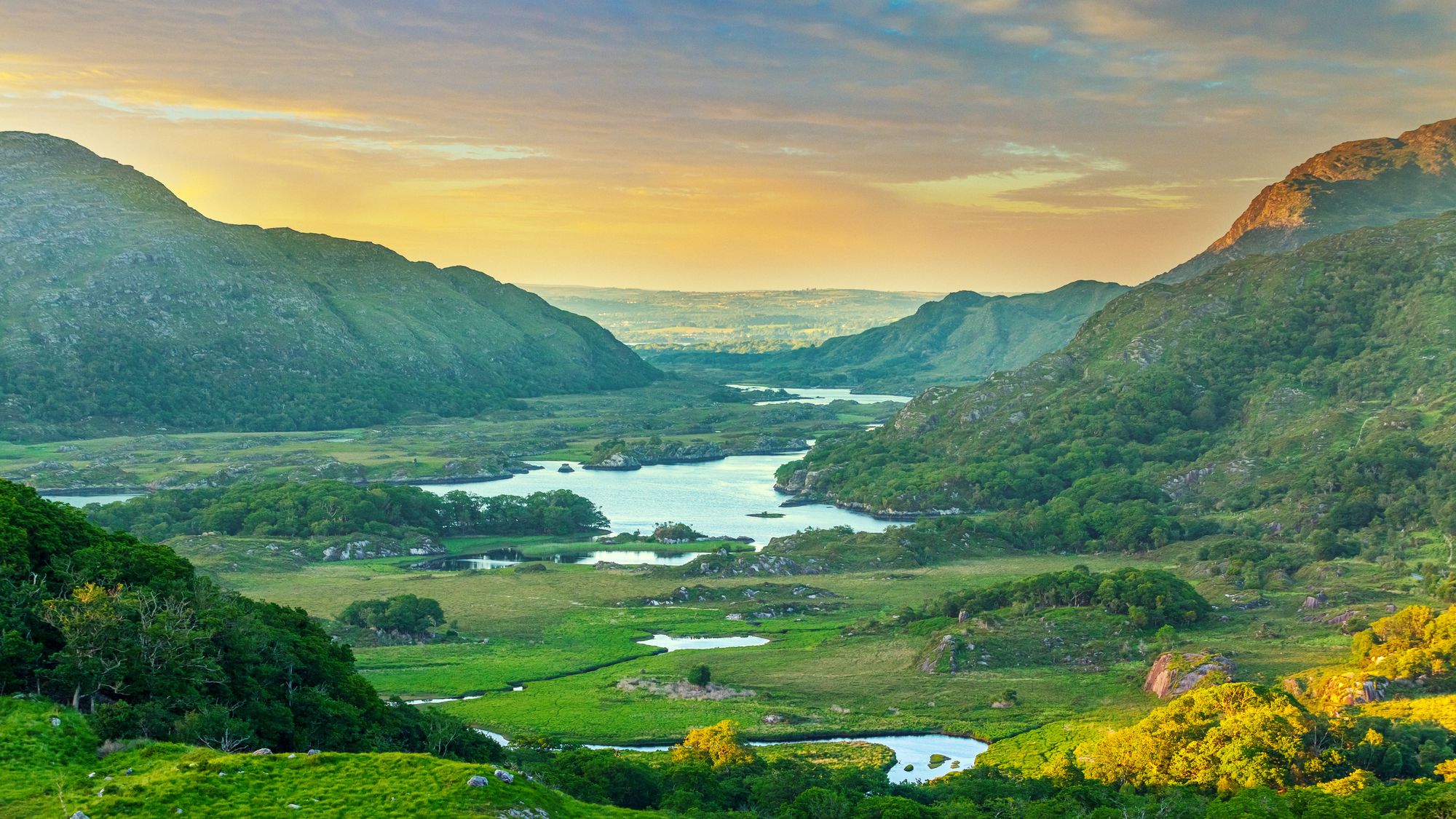 4. Coast down the connemara ‘sky road’ and Omey island

This short but satisfying drive to explore the west of Ireland fully flocked with sheep. You should also make a stop in the beautiful town of Clifden, it is so quaint and quiet before heading to the famous ‘sky road’ which is one of the most picturesque places in connemara. The circular route is 16km long and will show you views ranging from Inishturk offshore to the Twelve Bens inland. To travel to the place where Irish native language is the first language is truly something. 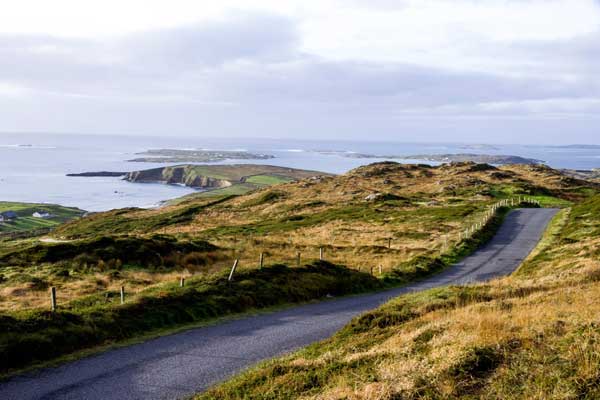 5. Wisp around the wild Atlantic way

The Wild Atlantic Way is the worlds longest signed coastal drive at more than 2500km.  It winds along Ireland's rural coast roads from Kinsale Co. Cork in the south to Inishowen, Co Donegal in the north also taking in the rugged coastlines of counties Kerry, Limerick, Clare, Galway, Mayo, Sligo and Leitrim along the way. Whether you decide to drive the whole thing or just dip in and out it is a once in a lifetime experience with magnificent cliffs and buzzing towns and cities, of hidden beaches and epic bays. 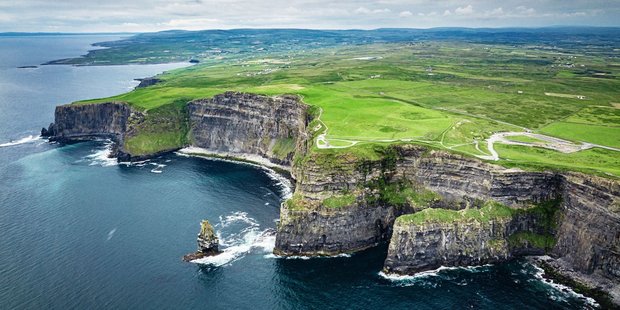 6. Wind through the Wicklow mountains

Somewhere a bit closer to the capital for those who cant travel across the country. Beginning in Dublin, travel out on the M50 motorway to the M11 watching the green scenery emerge as you approach the Wicklow mountains. Take a picnic stop at Powerscourt Waterfall, and also Powerscour Demense, famous for it glorious gardens and featured in the 2002 movie, The Count of Monte Cristo.

You can slso stretch your legs for the view at Sally Gap's pass, just 45 minutes from Dundrum Town Centre, and have a coffee in the cute village of Laragh. St Kevin's monastery is the perfect stop off before reaching Portlaoise. If you have time along the way (or a whole other day) to visit the beautiful valley of Glendalough. Within the valley are the ruins of an early Christian settlement (known as the Monastic City), complete with round tower and churches. 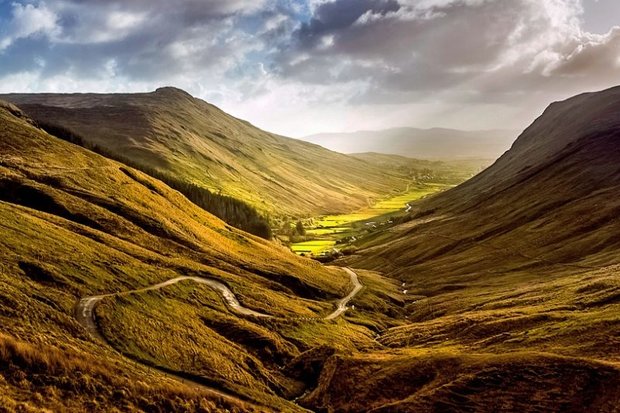 7. Galavant through the Giants Causway

Drive along the ancient coastline and take in the sights of the world-famous Gaint’s Causeway, the Carrick-a-Rede rope bridge and the ruins of medieval Dunluce Castle. For those Game of Thrones fans out there, it is home to more locations from the Seven Kingdoms than anywhere else in the world, Northern Ireland truly is Game of Thrones Territory. Located in County Antrim, it contains 40,000 interlocking basalt columns, the result of an ancient volcanic fissure eruption. 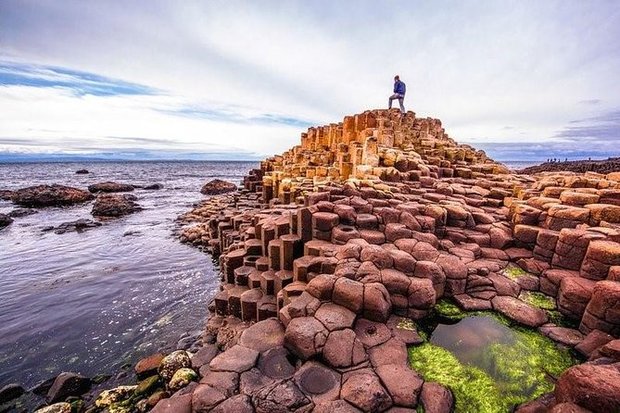 So there you have it, some of the best scenic drives throughout Ireland. Not only this but some of the most breathtaking sites to behold on our wonderful little island, why go anywhere else when we have endless options right on our doorstep?