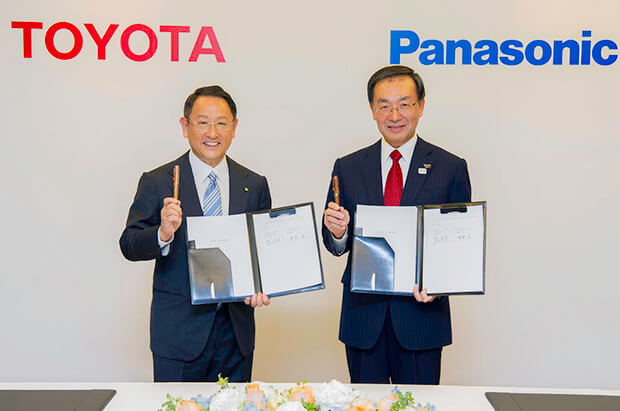 Toyota and Panasonic have teamed up in a new venture in the manufacturing of batteries for electric vehicles. Toyota Executive Vice President Shigeki Terashi said:

“Uniting with Toyota’s battery and production-engineering technologies provides us an excellent opportunity for being able to evolve our automotive prismatic batteries, which have an established track record of performance and safety, faster than ever. Through the electrification of vehicles, we want to accelerate our contribution to the realization of a society of mobility that is kind to the environment.”

The vast majority of Panasonic’s EV batteries is going to Tesla at the moment and they are an integral part of Tesla Gigafactory.

The business venture between Toyota and Panasonic will cover not only engineering and manufacturing but also research and development. They will manage everything related to automotive prismatic lithium-ion batteries, solid-state batteries, and next-generation batteries.

The total number of employees from both companies is 3,500. Battery products produced will in principle, go under the branding of Panasonic.

The new company will be fully set up by 2020 with Toyota controlling 51 per cent of the business and Panasonic owning the remaining 49 per cent. Toyota went on to say in a statement:

"Toyota and Panasonic are confident that the contracts concluded today will further strengthen and accelerate their actions toward achieving competitive batteries,"

The head of Toyota, Akio Toyoda has made it clear that he wants half of the company’s global sales to come from electric-powered vehicles by 2030. At the moment, electric vehicles account for about 15 per cent. Toyoda went on to say:

"The key to electrifying vehicles in the future will be batteries. In order for Japan to survive this era of profound change with no natural resources, we must develop competitive batteries and establish systems for a stable supply,"

Panasonic is known in the industry as specialists in battery production and so it is hoped the new partnership will develop the technology even further. 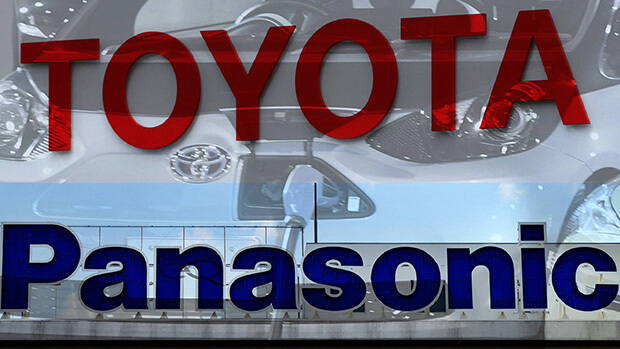 Previous Article: Just 60 trucks allowed to cross the Irish border after Brexit
Next Article: How to Buy a Used Car