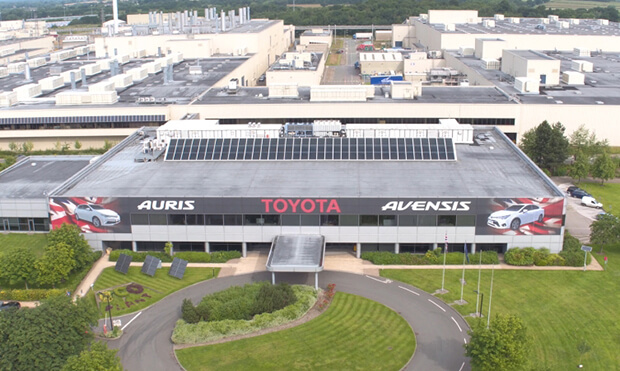 Some of the most vocal critics of Brexit in the UK has been the car manufacturers as they are the biggest exporter out of Britain.

Toyota is planning to halt production at its UK factory the very day after Brexit in case there is any disruption to its parts deliveries.

The Toyota plant at Burnaston in Derbyshire will stop on Friday, 1 November for one week following Brexit on 31 October.

It looks likely at this point that Britain will leave the EU with or without an agreement with Brussels.

Critics of a no-deal Brexit are warning that production would be hit with tariffs, border delays and red tape.

Last year alone, Toyota built 8% of the UK’s 1.52 million cars at its Burnaston site. They also have also begun production of the new Toyota Corolla there earlier this year. A spokesman for Toyota said:

"We will have a production pause on the first day of Brexit, which is Friday 1st, and... then we will restart production on the Monday and the Tuesday.

"We don't know what the actual situation will be like. We've already pulled forward a couple of days of extra inventory which we will then use on the Monday and Tuesday and we will have to see what the situation is after that."

British car factories operate on a just-in-time manufacturing process and are also integrated into supply chains which can stretch around the world This means some parts arrive minutes before being fitted onto vehicles rolling off production lines.

Toyota is saying though, that they will have no loss in volume of output from the pause in production but it must be remembered that earlier this year there where shutdowns aimed at avoiding disruption during the period when the UK was previously supposed to leave the EU and car production plummeted.

Back in March, quite a number of firms decided to halt their assembly lines to coincide with Britain's planned exit from the EU, including Jaguar Land Rover and BMW at its Mini plant in Oxford, but this caused major disruptions.

It meant just 70,971 vehicles were made in the UK in April, down 44.5% on a year earlier, according to the Society of Motor Manufacturers and Traders in the UK (SMMT).