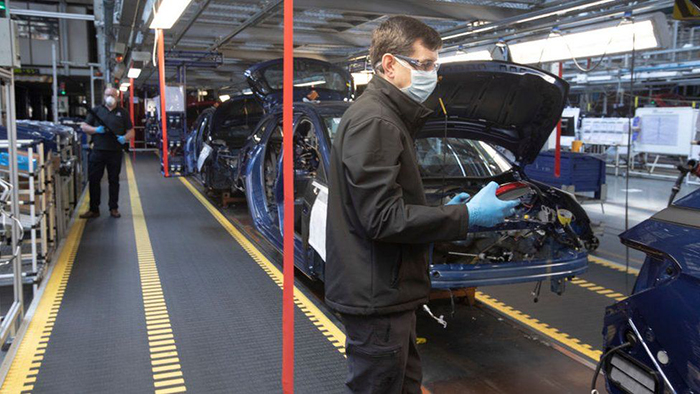 According to the UK Society of Motor Manufacturers and Traders (SMMT) there has been a massive year-on-year increase in UK car production levels compared to last year's industry wide shutdown.

Many factories are now operating at almost full-capacity a year after the first lockdowns.

This March saw a total of 115,498 cars manufactured. Comparing this with 78,767 produced this time last year.

Although, there has been a massive increase since last year, the production numbers are still down 22.9% (24,047) cars behind the five-year average for the month of March. Mike Hawes, the head of SMMT said:

“The first rise for UK car production in 18 months is a major step in the right direction but belies the underlying situation.

“With factories shut for much of March 2020, output was always going to be up, but it remains below average, with some £11 billion worth of production lost over the past year.”

Even though there has been major lockdown disruptions with car production, there was a big jump in exports, as 95,229 cars were shipped out of the UK in March which was 54% more than in March 2020.

UK domestic production has also seen a rise of 19.4%. Demand for electric cars and hybrids and plug-in hybrids has also increased by 13.7% year-on-year, with the result that 20% of UK produced cars now being alternatively fuelled.