Car News /  Electric Vehicles /  UK Police spend £1,500,000 on electric cars that are no good for catching the criminals

UK Police spend £1,500,000 on electric cars that are no good for catching the criminals 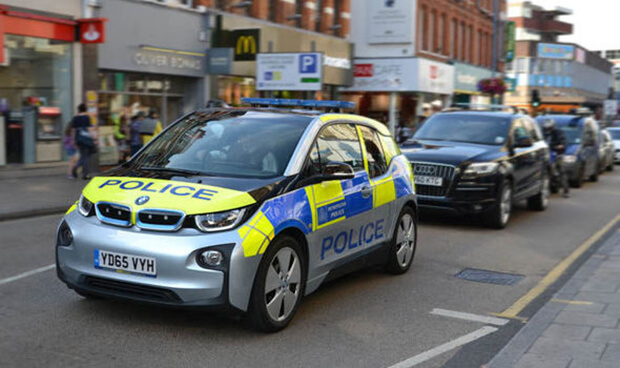 UK police have spent £1,500,000 on electric cars that are far too slow at catching the crims

Most of these electric cop cars are not specifically developed as emergency vehicles but this has not stopped UK police forces from all over Britain buying at least 448 ‘green’ vehicles to meet their emissions target.

The big problem with the EV cop cars is that they are no use for catching the crooks or rushing to save people in an emergency.

Official UK police reports say that it takes far too long the batteries to charge to be ready for hot pursuit at a moments notice.

Some police authorities in the UK did not disclose how much they spent on their electric vehicle acquisitions which means that the collective figure is likely to be well over the £1.49 million that was publicised.

UK politician and former special constable David Davies wasn't impressed by the findings of the report. He said:

“Police bosses need to show a bit of common sense. I’ve been in a police car on so many occasions when an emergency call has come in.

“You can’t predict what is going to happen and so they need to be very careful when using electric cars." 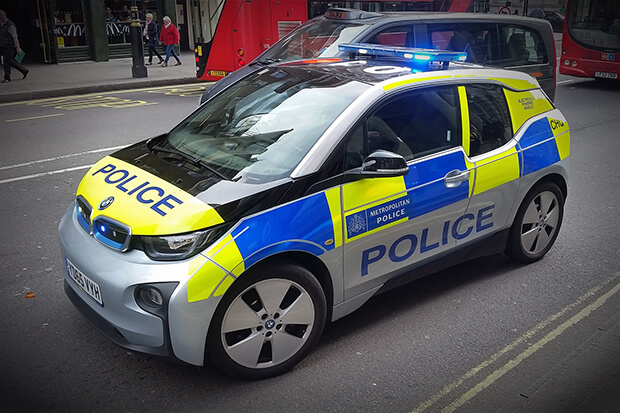 A  number of forces including Kent Police and Staffordshire Police admitted that electric vehicles are not adequately kitted out for the ‘operational requirements’ of a chase. Thames Valley Police even said that ‘day running lights’ on many of the vehicles could cause power consumption and battery problems in surveillance operations.

Devon and Cornwall Police spent £80,000 on four green vehicles used as pool cars but don't see the value in them and buying more at this stage “is unlikely to be cost-effective until the range of lithium-ion batteries improves and costs stabilise.''

The 2018 BMW i3 for example, bought by many forces, has a maximum speed of 124mph so is not built for high-speed chases like a BMW i8 would be.

The London Metropolitan Police currently has 134 eco-friendly vehicles, and they even want to make their whole fleet ‘green’ by 2050.

Right now, the police in Britain have to buy diesel vehicles to deal with high-speed chases, admitting that the electric police cars are just not up to the task at this stage of their development.

Previous Article: Only 3% of cars registered in 2019 were electric
Next Article: Ireland could have free public transport by 2030