The Welsh Hydrogen car of the future 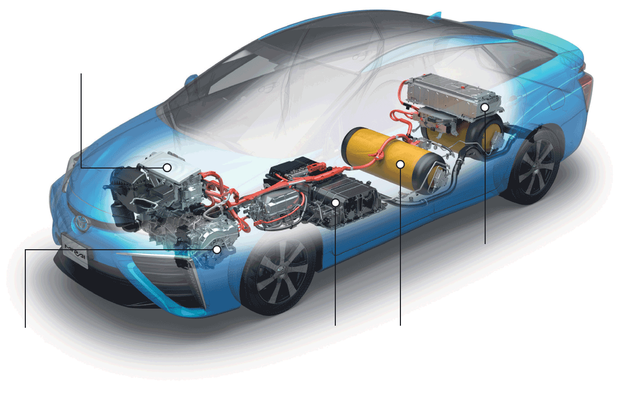 Riversimple, a small independent car manufacturer in rural Wales has developed a hydrogen vehicle that they hope will be part of a hydrogen future instead of the expensive and not so environmentally sensitive electric cars.

The small rural manufacturer was founded by a former automotive engineer, Hugo Spowers.

The British entrepreneur-engineer also headed up the development of the Morgan LIFEcar project which was launched at the Geneva Motor Show in March 2008. As the founder of Riversimple, he has developed an amazing little hydron Urban Car called the Rasa.

After working for years on traditional combustion-powered cars, Hugo Spowers began to toy with the idea of hydrogen-powered cars about fifteen years ago.

The new hydrogen-powered Urban Car is a two-seater sports car with butterfly doors, quite like the famous Delorean hydrogen-powered car seen in Back To The Future. This hydrogen car can be refuelled in less than three minutes and has a range of 500 kilometres, with a top speed of 96km/hour, and the only emissions this car will give off is water.

By comparison, a battery-electric car can take hours to recharge, has less of a range, running flat after 250 kilometres (Nissan Leaf) and is not environmentally clean as the mining process for the elements in the batteries, such as cobalt, creates as much pollution, if not more than the present petrol and diesel engines. Even the new Tesla Model S, just matches the hydrogen car, with a 550-kilometre range but doesn't come close to refuel times. 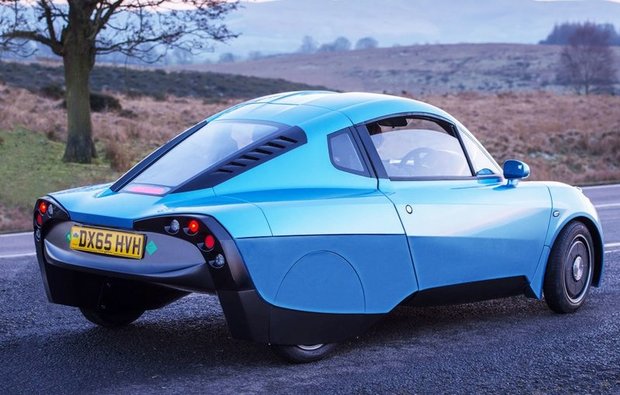 The Rasa car has a motor in each of its four wheels which are powered by hydrogen running through a fuel cell. The hydrogen (H2) combines with oxygen (O2) which produces electricity to power the motors. The main exhaust by-product of this process is water. Simply put, electric cars will never be as clean as hydrogen.

The car also has what is known as "supercapacitors". These capacitors capture kinetic energy when the car brakes and converts this energy as electricity. The electricity, in turn, is recycled back to the motors to assist with acceleration.

Riversimple will trial 20 of their hydrogen cars next year around Abergavenny, Monmouthshire, in South East Wales, where they will have a single hydrogen filling station.

The Rasa is designed as a runabout based around a usage prediction of a 40-kilometre radius and just one refuelling a week. The company does not intend to actually sell the hydrogen car but is opting to promote a "sale of service" model. They envision a situation like a mobile phone contract, where you pay a monthly fee or tariff which covered the use of the car as well as maintenance, insurance and fuel. They claim it would be roughly the same monthly cost as a Volkswagen Golf

We won't see a huge uptake in hydrogen cars just right now as the infrastructure is not in place and there is a global move towards battery-powered electric vehicles. Richard Sutton, who is an automotive journalist and clean-tech enthusiast said:

"Until the refuelling infrastructure exists for hydrogen, then it will always be a bit-part player compared to battery electric," says Sutton. "But that's set to change."

According to the Hydrogen Council, a global advocacy group on energy transport and industry, there are currently less than 300 hydrogen refuelling stations around the world. There are currently just 7,000 hydrogen fuel cell vehicles in existence compared to approx. 5.6 million battery electric vehicles. Erwin Penfornis, a Hydrogen Council and Air Liquide representative said:

"We will soon reach 10,000 hydrogen fuel cell electric vehicles deployed worldwide, which is still relatively small numbers, but we need to realize that two years ago we were still talking about 300 vehicles,"

At the moment, Japan is the biggest market for hydrogen cars with just under 100 hydrogen filling stations. Toyota is the main company producing hydrogen-fueled cars in Japan with its Mirai model. They have a production of 3,000 of these cars each year. The Japanese car giant intends to ramp-up its Mirai production to 30,000 units per year by 2020. Toyota Group manager Jean-Yves Jault told media sources:

"If a company like Toyota brings something like this to market it's kind of a signal to the energy companies and governments who have to make the investments into the infrastructure to start doing so...It's a chicken and egg issue, and the Mirai was our contribution to try and break that catch 22."

Although hydrogen cars have zero emissions, the production process is energy-intensive. Most hydrogen is extracted from methane. It is then exposed to high-temperature steam which separates into hydrogen and carbon monoxide with the byproduct of a small amount of carbon dioxide.

Riversimple say, though, that their hydrogen car has a smaller ‘carbon footprint’ than the lowest emitting cars out today. They hope that their vehicle will prove to be an attractive "clean" alternative for everyday motorists. Mr Spowers said:

Hydrogen may not be the only alternative to battery-electric, there may be others by 2030. There may be an array of zero-emissions available by then? In saying that, Riversimple believes that hydrogen vehicles are a very strong solution for zero-emission vehicles. 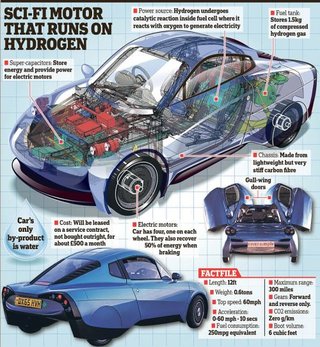 Previous Article: Electric car chargers for every English home
Next Article: Why you shouldn't trust a car history check from a used car website that is advertising the vehicle for sale