Car News /  Road Safety /  What should do when you come across a road traffic accident?

What to do when you witness a road traffic accident? 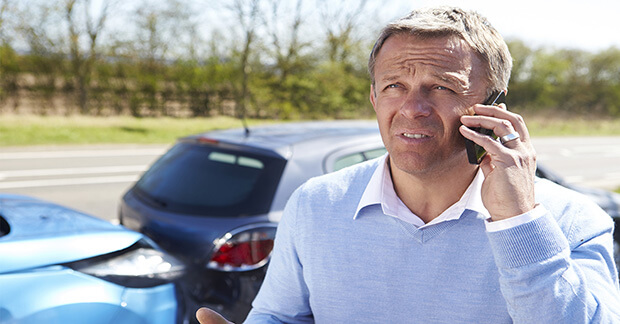 Sometimes acting with the best of intentions can be the worst thing you could do for injured road users.

These well-meaning people may be the first ones on the scene but there are things that they should never do so as to not make somebody's injuries far worse or even fatal.

The RSA (Road Safety Authority) is calling on road users to educate themselves in small ways to know what to do if they come across an accident while out on the road. One firefighter informed the RSA that some bystanders are pulling casualties out of vehicles and onto the road.

These good samaritans may feel that they are helping and are doing this with the best of intentions, but in reality, they are putting casualties at even greater risk.

For example, one fire tender was sent to attend a crash involving a motorcycle but before the fire brigade arrived a local community cardiac responder had come across the scene and proceeded to remove the casualty's helmet, which is actually the totally wrong thing to do. This is something you should never do because of the risk of aggravating a possible spinal injury.

Fortunately, on this occasion, there was no injury involved, nor were the injuries he received exacerbated by the actions of our good Samaritan, so the casualty was lucky on this occasion. When the firefighter spoke to him, he could not understand why, as a cardiac responder, he should not have done it, saying it was just a helmet. Of course, it's not just a helmet, and it's important not to remove it from an injured motorcyclist. Leave that to the trained professionals. The firefighter had some advice for anyone who comes across an injured person in a car accident:

"If the message of 'talk but don't touch unless you have to' could be put across it may do some good."

If you are the first on the scene of a crash, you have a duty to firstly call the emergency services. You can call them on 999 or 112. You will then be put through to the national 999 call-handling centre. The first question you will be asked is: 'Which emergency service do you require?' You will have to choose either the gardaí, fire brigade or ambulance service.

You will then be put through to the call handling centre for that emergency service. You will be asked a series of questions about where the collision happened, how many people and vehicles are involved and whether anyone has been injured. Finally, you will be asked for your details.

If you arrive at the scene of an accident, there are certain dangers of which you must be aware of and take precautions for. Obviously, there is a risk from passing traffic, the location of the crash could very well be on a dangerous bend so every precaution must be taken by you and also for oncoming traffic. Another danger would be if the accident is at night or in failing light. If you are the first there it is your responsibility to take immediate and appropriate action to keep you and other road users as safe as possible.

Dangers posed by vehicles involved in the crash itself and those that have shed their loads are others. While you wait for the emergency services, you may be able to help make the scene safe, while not endangering your own safety.

You might have to decide between attending to the injured and making the scene safe so if there are other bystanders, get them activated in helping in keeping the scene of the accident safe for everybody else. If there are others, two of you should move away from the scene in opposite directions to warn approaching motorists.

If you have a torch or high-vis jacket in your car, it is essential that you make use of them use them to help you keep everyone else safe. If your car is parked up near the accident, keep your flashing hazard lights on to warn oncoming drivers, preferably at opposite ends of the scene.

In general, make those injured as comfortable as possible and try to reassure them. You can best serve them by keeping calm yourself. Speak and remain as calm as possible and seek out those who may have responder training or first aid training. Let casualties know that help is on the way and be discreet. Never say anything within earshot of those injured which might be negative.

When the emergency services arrive, make yourself known to them immediately and give them as much information as possible. Ask if you should remain at the scene as people are injured the gardaí will probably need to take witness statements.

Previous Article: Tesla Motors Going from Public to Private
Next Article: Damaged and Crashed Car Report for the Month of May