Car News /  Electric Vehicles /  What will happen to electric cars when they reach their end of life?

What happens to electric cars at the end of life? 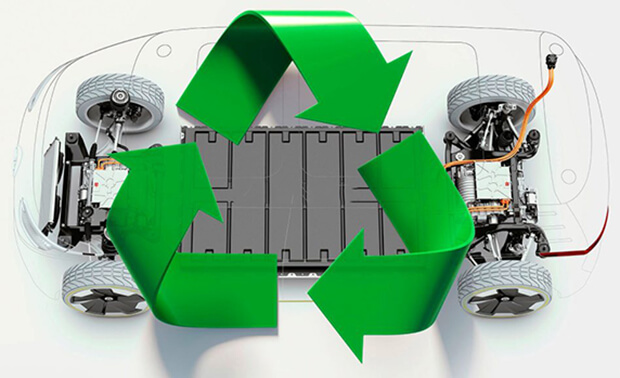 Will it be easy to recycle electric cars?

The Irish government want one million electric vehicles on the road in just ten years. What happens to these EV’s when it comes to their end of life?

Electric car sales are on the increase for sure, but we are a long way off from the proposed one million expected. To be precise, the government want 950,000 electric cars in just 10 years, that's almost half the national fleet?

That means that around 90,000 electric vehicles must be sold every year for the next ten years for the government's projections to be correct.

The fact is, most electric cars are far too expensive for the majority of motorists. New car sales are down so this should identify a problem here? People are not buying new cars as much as before and are opting for used vehicle imports instead.

Where does this leave electric cars? We could also ask if these target of one million EV’s is reached, how will these vehicles be scrapped and can they be recycled?

Is it possible that EV’s are even easier to extract recoverable components; after all, electric cars are mechanically simpler than ICE (Internal Combustion Engine) cars? Electric vehicles do not have dirty oil, fuel or mechanical parts. Is it as simple as just taking out the battery and bobs your uncle?

The answer is no. It is not as simple to recycle an electric vehicle as one might think. Industry experts show that it is of critical importance to correctly deal with the scrapping of electric vehicles, in particular, the batteries. It is also vital that salvage agents are confident and adequately equipped and competent in dealing with EV’s.

Removing the industrial battery from a vehicle is important and correct procedures must be adhered to for the safety of the salvager. There is also the issue of the shut-down procedure and this can vary from manufacturer to manufacturer.

An electric vehicle may also have full climate control of the battery, so this also must be factored in when de-polluting the vehicle as research may be required on the procedure for a particular make and model before removing the battery. This will obviously add time to the de-pollution process.

Even when you remove the battery, it doesn't mean that it can be reused in other applications automatically.  You can certainly strip-down a battery and re-use some of its components but the recycling rate is only about 55-60 per cent of the battery parts, which is well below the 85 per cent minimum target that may be required.

Hybrid cars and plugin-hybrids may actually be better overall for the environment and even more affordable) than fully electric cars but they too present the worst of both worlds when it comes to recycling.

Batteries and voltage in Hybrid cars are a lot smaller than in a full EV which makes them easier to handle. They may also be made of different chemistry such as nickel-metal hydride rather than lithium-ion in composition, which also makes it easier.

If the government is right (which seems unlikely) and a million electric vehicle will be on Irish roads in just 10 years, there is going to be a need for recycling centres with a trained staff that can deal with electric vehicle de-pollution procedures. So the real question is, are we ready? Do we have enough of these centres in the country to cope with what is envisioned?

Previous Article: Charges for charging your electric car will be introduced next month
Next Article: Why you shouldn't trust a car history check from a used car website that is advertising the vehicle for sale