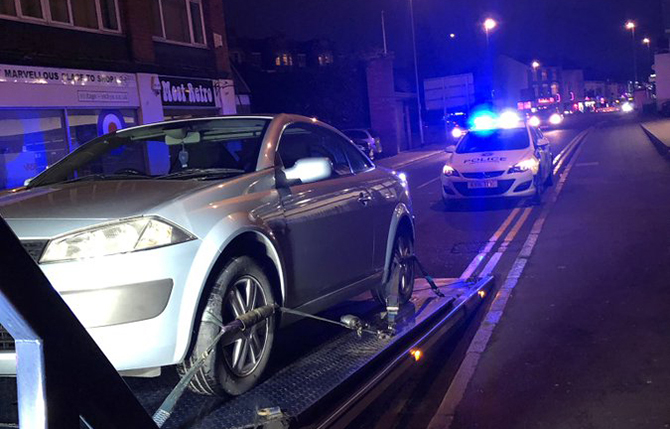 A driver had his brand new car seized by police in the UK just seconds after it was purchased.

The brand new silver Renault Megane was seized by the Northamptonshire Police just 30 seconds after it was purchased by the owner.

According to the Northamptonshire police Twitter account, one of their squad cars was almost hit head-on by the driver of the new car.

The police quickly pulled the car over after the incident and discovered that the driver was not insured.

We presume that the driver's excuse for no insurance was that he had just bought the car literally seconds before, but the cops were having none of it.

The unfortunate driver made the mistake of not getting his car insured before leaving the showroom.

"Unfortunately (he) took his chances (by) not insuring (the car). And well you all know what happens next..,"

Also read about the new Lamborghini smashed up just 20 minutes after leaving the showroom. 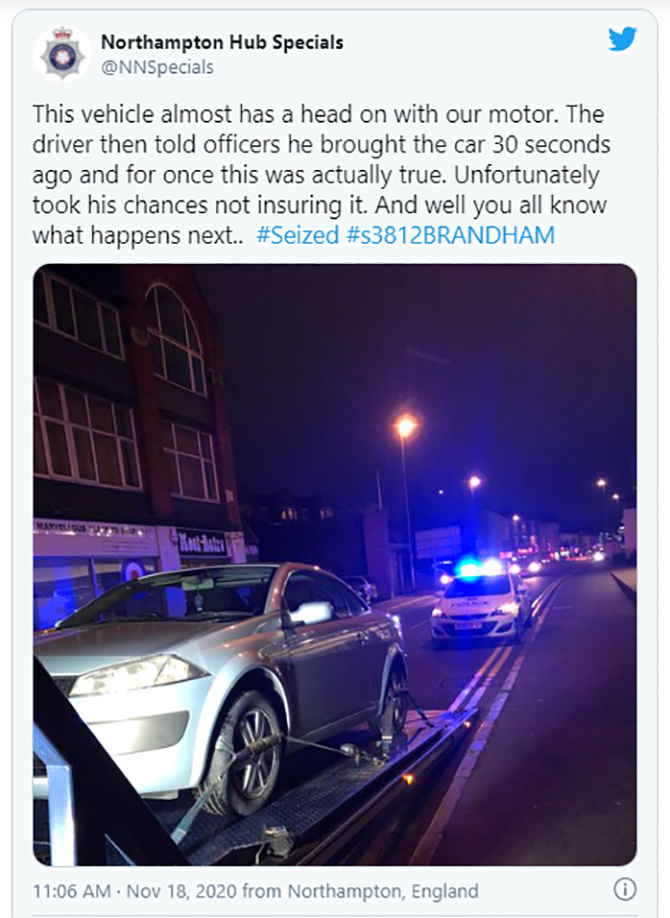 The brand new Megane was then seized by the police and towed away from the scene. A picture of the incident has been posted on the police Twitter account.

In the UK, like Ireland, it is illegal to drive any vehicle on a road or a public place without motor insurance. If caught, this can attract a heavy fixed penalty amount.

Driving without insurance is at the top of the list of most common traffic offenses during a road safety campaign launched by Northamptonshire Police in October.

Around 366 motoring offenses were detected in the county, 64 vehicles seized and 19 people arrested.